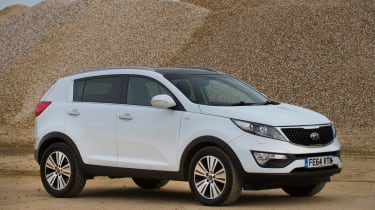 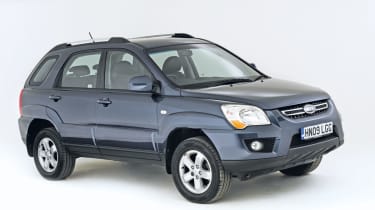 Even though fuel prices are high and drivers’ wallets under pressure, small 4x4s have never been more popular. As a result, decent second-hand compact SUVs can be costly to buy, as they retain their value so well.

But there’s an exception to every rule, and in the small 4x4 class the Kia Sportage Mk2 is it. Lacklustre looks and a dowdy image have kept prices low, even though it’s very capable at towing, off-roading and family duties. It’s no wonder owners love the Kia; they know how talented it is.

The 2.7 V6 and 2.0 CRDi had manual or automatic boxes, while all Sportages featured a part-time 4WD system that sent power to each corner only when needed. 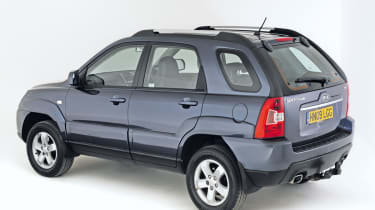 From November 2007, 2.0-litre petrol and diesel versions were offered with 2WD and an auto, then in August 2008 a facelift brought a restyled nose and tail, as well as front and rear lights and extra standard equipment.

• The Sportage is often bought for towing, so check that the brakes and transmission aren’t tired. • A set of tyres can last up to 20,000 miles, although this obviously varies according to what you fit. Beware cheap tyres.• The clutch and dual-mass flywheel can wear prematurely on six-speed manual diesel Sportages.

Go for the newest Sportage you can afford; at the very least, aim for a post-August 2008 facelifted car, as these got an improved stereo, an airbag cut-off switch and a cleaner exterior design, plus were much better to drive. 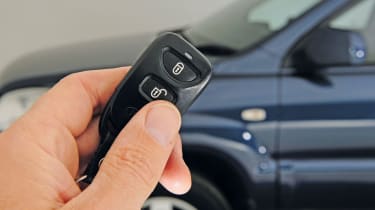 The diesels are the cheapest to run, but even these are costly to tax. Petrol Sportages are more reliable, so if you do a low mileage they may work out cheaper to own. Even the entry-level XE gets air-con, electric windows and alloys; XS (later Titan) spec adds climate and cruise control, leather trim plus heated front seats.

Alternatives to the Kia Sportage Mk2

You’re spoiled for choice here. The Toyota RAV4, Nissan Qashqai (or bigger X-Trail) and Honda CR-V are all highly regarded and more accomplished dynamically than the Kia. They also have solid, well equipped cabins and are very reliable. Problem is, these alternatives all cost more.

This is also true of Land Rover’s even more talented Freelander. It looks more stylish and is more accomplished on and off-road, but it’s not as dependable as the Sportage. 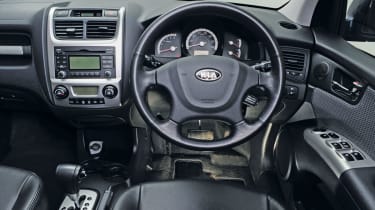 The Sportage Mk2 has been recalled four times, over potential braking issues. The first was in April 2005 due to the possibility of the brakes applying themselves; cars built up to February 2005 needed an ESP software update. Models produced before March 2005 were recalled in August 2005, as they could suffer from a faulty handbrake ratchet mechanism. A recall in November 2009, of versions built in September and October 2006, concerned a failed switch that could leave the car with no brake lights. And earlier this month, models made from September 2007 to January 2010 were recalled due to a fault which could mean the brake light will fail to illuminate or turn off.

The Sportage Mk2 is from an era when Kia’s cars were improving quickly, and as a result it offers surprisingly good off-road ability, plenty of standard equipment and decent refinement. You can expect it to be dependable, too; this good-value compact 4x4 is often overlooked simply because of its uninspiring styling.Adding to the appeal is the seven-year warranty on models from 1 January 2010 – buy one of these, and you’ll still have over three years’ cover left, although there’s a 100,000-mile limit. So while the Kia is up against some tough rivals, in terms of all-round ability per pound it’s one of the best used small 4x4s on sale.

Have you ever bought a used Kia Sportage? Tell us about it in the comments section below...