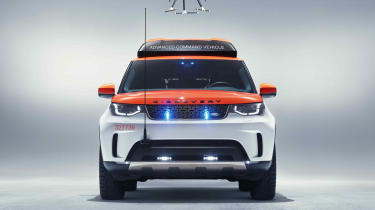 Land Rover could get its own limited-edition ‘Project’ vehicles to sit alongside the exclusive Jaguar Project 7 and new XE Project 8, according to the boss of the brand’s Special Vehicle Operations division.

The 592bhp Project 8 is lined up to make its public debut at the Goodwood Festival of Speed later this month. It’s the most powerful Jaguar saloon car ever, and even outperforms the XJ220 supercar from the early nineties. Its limited production run of just 300 cars will follow the earlier £135,000 F-Type-based Project 7.

Despite the fact that the first two ‘Project’ cars have been based on Jaguars, SVO boss Edwards has revealed to Auto Express that his engineers have already pitched ideas for special Land Rovers that could follow the Jaguars in the current series. He confirmed there is nothing to say that such vehicles couldn’t arrive later down the line. 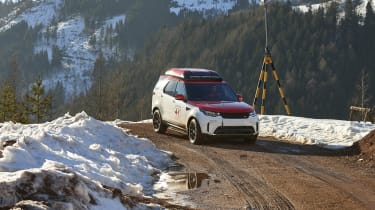 When asked if SVO engineers had already formed ideas that could potentially become limited-edition Land Rover ‘Project’ models, Edwards replied: “Yes, they have.”

Special Operations has focused so far on performance and luxury editions of Jaguars and Land Rovers, such as the flagship Range Rover Sport SVR and the 567bhp Jaguar F-Type SVR. But extreme off-roaders, badged SVX, are also said to be in the pipeline. Any such model could take its inspiration from SVO’s Discovery Project Hero, a one-off custom-built SUV based on the off-roader. It was created with the Austrian Red Cross to improve response times in disaster zones.

Special features include a drone to help with access to inaccessible terrain, a heavy-duty floor, full-height partition and various storage solutions. A ‘Project’ Land Rover would have to go further than this, however, adding upgrades to the car’s off and on-road performance, as well as to the aesthetics. Such tweaks would be in keeping with the Project 7 and Project 8, both of which were treated to bigger wings and aggressive bodykits.

Do you like the idea of Land Rover Project cars? Let us know your thoughts in the comments section below…