New Range Rover Sport SVR blasts in with 542bhp, but is it a match for the Porsche Cayenne Turbo? Or even the Audi RS6? 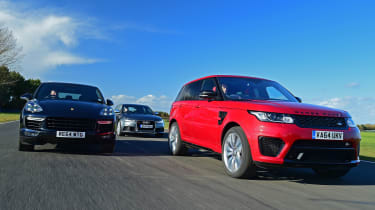 The explosion in SUVs shows no sign of abating, with new 4x4s seemingly being launched every month. And this, the Range Rover Sport SVR, is the latest, super-luxurious off-roader to hit the market.

In the 4x4 class, it’ll have to face up to the Porsche Cayenne Turbo, which we’ve lined up here. If you’re after power, space, badge appeal and speed, though, is an off-roader necessary?

The Audi RS6 Avant is around £15,500 cheaper than both performance off-roaders, but also offers lightning acceleration and similar levels of practicality. So, which of this scorching trio comes out on top?

Read full individual reviews by clicking the links above, and scroll down to see which car comes out on top... 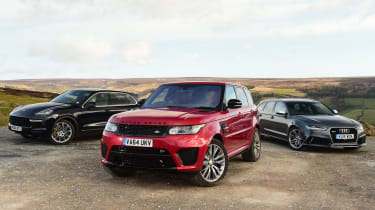 All three of these cars cost a significant amount to buy, but the purchase price is just the tip of the iceberg. If you’re a company car driver paying income tax at the higher rate, the Range Rover Sport SVR will be the priciest model to own. 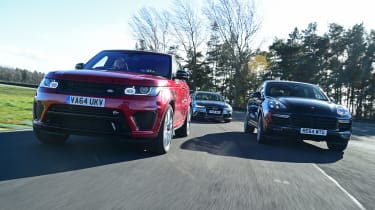 The Cayenne Turbo is only marginally cheaper, as with the same things considered as the Range Rover, it will set you back just under £101,500 in three years. Again, this is a significant amount more than the car’s sticker price.

In this company, the Audi looks like great value given the level of performance and practicality on offer. Strong residual predictions and a cheaper purchase price mean the RS6’s total three-year cost is around £85,000 – the smallest sum here, but still an eye-watering amount of money. 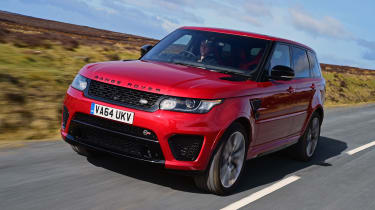 For those who want an ultra-exclusive SUV with incredible performance, look no further. The SVR’s badge appeal and sense of theatre on the road mean it just knocks the Audi into second spot. It trails its rivals in terms of practicality, but that’s not a significant issue. It trades a little of the standard car’s subtlety for speed – thus adding something new to the line-up. 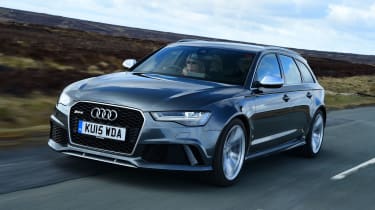 It’s faster, cheaper and more practical than the Range Rover Sport, but the RS6 is also more subdued. In this company, where image counts double, the understated Audi doesn’t shout quite so loud, which could actually be a bonus. There’s no denying the supercar-rivalling performance, but it can’t match the SVR’s more bespoke nature and sense of occasion. 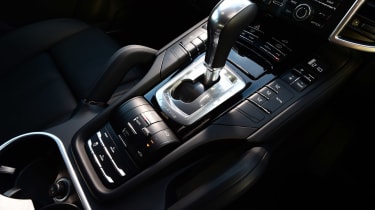 For a near-£100,000 car, the Cayenne Turbo is let down by its anonymous looks. The engine isn’t as feisty as its rivals’, either. The Porsche has the edge over the SVR on the road – with a more sophisticated chassis – and it’s more practical, but it doesn’t delight and thrill like the Range Rover and isn’t as fast or capable as the Audi. Yet don’t overlook the vast boot and cabin.

Rivals: other SUVs to consider 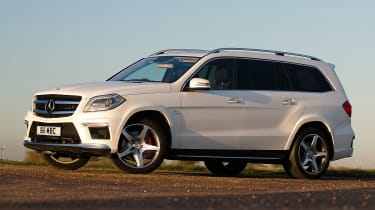 For £90 less than the SVR, the seven-seat GL 63 allows you to scare an extra pair of passengers with supercar pace in an SUV package. Mercedes claims the GL can manage 0-62mph in 4.9 seconds, and when you’re not using the rearmost seats, you get a 680-litre boot. 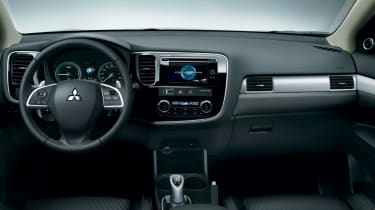 The US is the home of the V8, so why not try a piece of all-American muscle? The special-edition Red Vapor Jeep Grand Cherokee is just as in-your-face as the SVR, while its five-second 0-60mph time is equally crazy. Plus, you’ll pocket nearly £30k, which could pay for a track car and trailer.