Mazda CX-9 could be coming to Europe 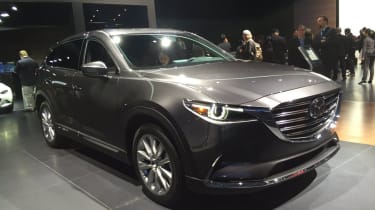 Mazda’s new CX-9, rivalling the likes of the Land Rover Discovery Sport and Kia Sorento, could be coming to Europe according to Mazda’s European boss.

Speaking exclusively to Auto Express at the New York International Auto Show, Jeff Guyton said that bringing the CX-9 to Europe was ‘a possibility’.

Mazda’s burgeoning SUV range already features the new CX-3 and larger CX-5 – both of which are selling strongly with delivery times stretching into the middle of this year – while a new, sportier CX-4 model will be revealed at next month’s Beijing motor show. 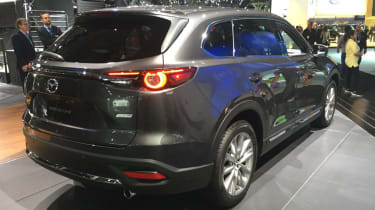 Guyton told us: “The world would like more CX models than we are able to produce. When CX-9 really starts to sell in the US, it will be constrained as well – sure we’d like to have more, but we’ll take small actions to increase capacity.”

The CX-9 goes on sale in the US this summer, with sharp looks following Mazda’s Kodo design philosophy. Inside are seven seats over three rows, with design and quality to rival the best in the market. There’s decent space in rows two and three, plus plenty of safety and luxury kit on board, too. 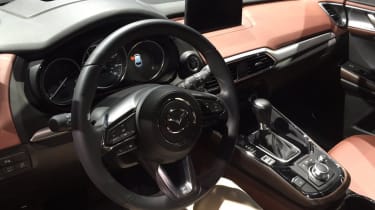 Under the bonnet of the CX-9 in the US is a 247bhp four-cylinder engine, the first of Mazda’s Skyactive units to feature turbocharging. However, even with Mazda’s lightweighting philosophy, that engine is unlikely to power any Europe-bound CX-9 – Mazda sources revealed that a diesel would be essential, should the car be sold in Europe.

However, there are still plenty of hurdles to overcome before Mazda could confirm the CX-9, as Guyton explained. “In this market, even if we took a reasonable Mazda share of that segment it would still be a pretty small number,” he said. “It's a beautiful product, but the volume to make it right for Europe is quite small and the business case is quite difficult.”

Would you buy a Mazda CX-9 if it went on sale in the UK? Let us know in the comments section below...