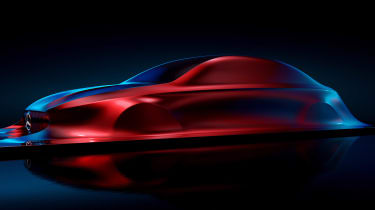 Mercedes has previewed a new design language set to feature on the next generation of the firm’s compact cars, such as the A-Class and GLA.

Called the “Aesthetics A” sculpture, the design study takes the form of a compact saloon, showing off the sweeping new lines expected to appear on new small Mercedes models in the coming years.

The easiest new design trait to spot is the introduction of the rounded ‘Panamerica’ style grille with vertical slats, similar to the one on the AMG GT R Coupe. Above the new grille the study sports strong, muscular creases sculpted into the bonnet.

The sculpture also suggests that small Mercedes cars are due to receive much smoother lines and bodywork, indicated by the simpler sides. Unlike the current generation A-Class with its strong, distinctive creases on the doors and no real shoulderline, the sides of the Aesthetics A sculpture are very smooth, and a strong shoulder character line stretches from the headlights all the way back to the taillights. 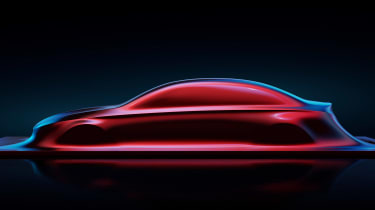 Mercedes says the new simplified look without sharp artificial lines is designed to promote proportions, and calls its new design philosophy “sensual purity”. According to Chief Design Officer of Daimler AG, Gorden Wagener, “the days of creases are over".

Mercedes also says that the three box design of the Aesthetics A sculpture is a sign of new forms in its compact class, and we expect a new A-Class saloon to be spun off from the all-new version of the hatchback, due in 2018.

What do you think of the design direction Mercedes looks set to take? Let us know in the comments. 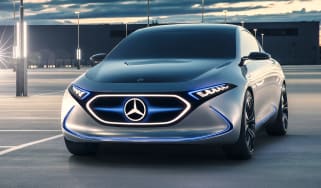