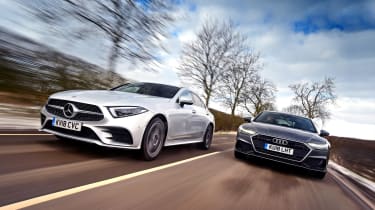 The four-door executive coupe is a niche that’s been fully exploited by Mercedes with its CLS. That model was originally launched 13 years ago, and it helped the company get the jump on arch-rival Audi. However, the Ingolstadt brand wasn’t too far behind with its A7 Sportback.

Both cars offer the tech, sophistication and refinement you expect from a premium German saloon in a more stylish body – and now there are new versions of each, with the Mk3 CLS and Mk2 A7 both hitting the UK.

They’re targeting the same group of buyers, and while your styling preference comes down to personal choice, this duo will be judged on the comfort, kit, performance and upmarket appeal they deliver. 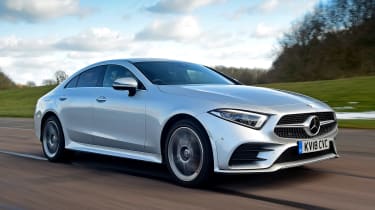 For: Excellent engine and gearbox combination in 400 d trim, slick interior screen set-up, refinement.Against: Ride not as compliant as Audi’s, not as roomy in the rear, interior quality not quite as good.

There are many tech highlights on this all-new CLS, just as with the A7. It’s based on Mercedes’ MRA architecture, which also underpins the E-Class saloon and, like the Audi, it has a 3.0-litre turbodiesel engine.

But the CLS uses the firm’s latest in-line six-cylinder diesel, carried across from the S-Class flagship. This motor in the 400 d powertrain we’ve tested trumps the A7, with 335bhp and 700Nm respectively. The CLS weighs more than the Audi, at 1,935kg (the same for the 400 d and less powerful 350 d), yet it’ll still hit 60mph from rest in 4.9 seconds. The 350 d delivers an identical 282bhp to the Audi, but has 20Nm less torque. 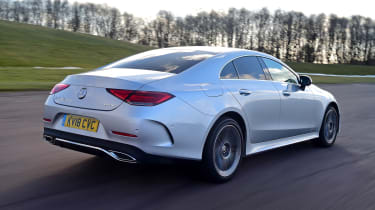 The 400 d purrs potently under load. It’s never intrusive and always nicely refined; you certainly don’t get the same level of turbo whistle as you do in the Audi on the throttle. The gearbox is quicker to react than the A7’s, and when it does kick down it’s not quite as aggressive. It’s just as smooth to change up in auto mode, too.

It’s a nine-speed auto and with more ratios to span a similar speed range, plus its extra power and torque, the CLS 400 d feels rapid in gear for a near-two-tonne four-door luxury model. But on our car’s standard steel-sprung adaptive damper set-up (air suspension is part of the £2,495 Comfort package), even in the softest setting it can’t match the Audi’s ride quality.

It’s forgiving up to a point, but with that extra weight, the dampers go through their stroke quicker and the chassis struggles to control the body at higher speed on rolling or bumpy roads, resulting in a harsher clonk as the suspension hits its bump stops. 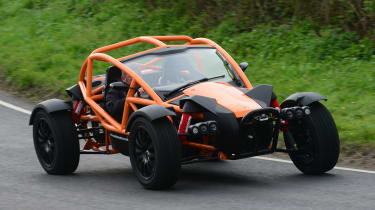 Keep the speed down and while it’s mostly comfortable, it’s not quite as plush as the Audi (itself still not perfect) over the same road surfaces. This is a pity, because the Mercedes’ steering is sweet enough, but like the A7, it’s no driver’s car, so the shortfall in ride comfort compared with its rival counts against the CLS.

In isolation the interior quality doesn’t lose marks, but next to the Audi there are a few shinier plastics that don’t feel quite as upmarket as the materials in the A7’s cabin.

We have no complaints over the level of kit offered in AMG Line trim, though. It matches the A7 here, with electric and leather-covered everything, a reversing camera with front and rear parking sensors, sat-nav, heated seats, cruise and climate control, plus a level of safety and connectivity tech to match the Audi. 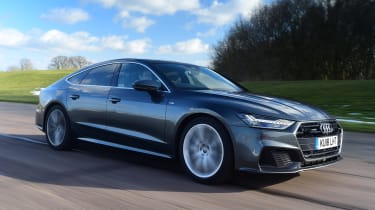 For: Ride comfort, advanced technology and interior quality, refinement and performance.Against: Styling will divide opinion, not as roomy as a conventional saloon, sheer size and width.

This new A7 is based on the Volkswagen Group’s MLB Evo platform, which means there’s plenty of advanced tech here. One such innovation is the engine. Despite the diesel-vs-petrol debate raging, a 3.0-litre V6 turbodiesel makes sense in a big car such as this, giving lots of torque for easy, unruffled performance.

In this case, that’s helped by Audi’s 48-volt system, which enables mild-hybrid tech with a belt starter/generator. The result is a combined 282bhp and 620Nm of torque, and this is sent via an eight-speed automatic gearbox to all four wheels through Audi’s quattro system.

At 1,880kg, the A7 isn’t exactly light. However, it still weighs 55kg less than the CLS, which helped the Audi during our performance tests. The 0-60mph sprint took 5.6 seconds, while the A7 was effortlessly smooth in gear, too.

Yet the gearbox could be a bit more responsive in its regular mode, because it sometimes takes more throttle than you’d expect for it to kick down, only for the box to drop two or three gears at a time, rear up and romp forward.

That trait just takes the edge off the serene nature the A7 conducts itself with, because on our test car’s £2,000 optional adaptive air suspension and 20-inch alloys in S line spec, the ride quality is good – better than the CLS’s on steel springs and adaptive dampers.

You can tell it rides on big wheels because a nicely attenuated but still noticeable quiver is sent through the suspension, but it deals with most bumps fairly well and rolling roads with a relaxed feel. Only potholes occasionally leave the air-sprung set-up looking for answers. 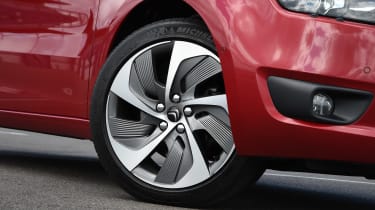 Audi’s usual Drive Select system lets you pick modes to firm the damping up to control roll and keep the car flatter through corners. It improves handling slightly, but disrupts the ride quality more, so you’re better leaving it in Comfort than using Dynamic. The steering is typically Audi, with a nice rate (the rear-axle steer on our model felt natural, too), a good weight and enough accuracy, but it doesn’t give the feedback of something like a Porsche Panamera.

That’s not what this car is about, though. It ticks the box for refinement, comfort and tech. The A7 S line gets matrix LED headlights, and ours had the £1,100 laser light upgrade. There are also heated electric leather seats, climate and cruise control and keyless go, plus a great level of connectivity and infotainment tech. The quality is incredible, too, and has the measure of the CLS. 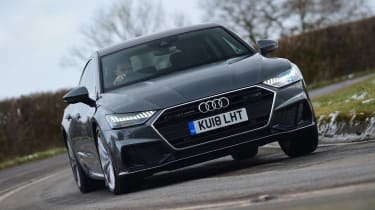 The new A7 is a leap forward over its predecessor. It has the edge over the CLS thanks to superior quality, more advanced infotainment and a better ride. The new Audi isn’t as powerful nor as quick, but it’s more comfortable, practical and cheaper. 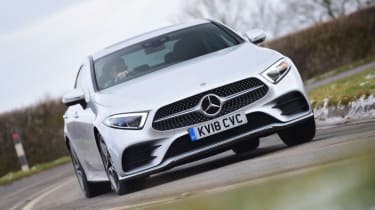 The CLS is a fine effort and refines the formula further, but while the powertrain is a peach, the car doesn’t offer the same quality or comfort as the A7, nor is it as roomy or practical. While it’s a match for running costs, its infotainment isn’t as advanced, plus it’s pricier to buy.