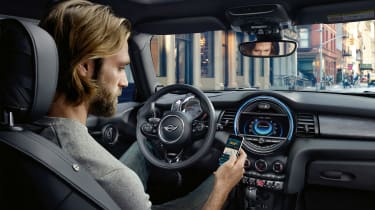 MINI has announced a range of model updates heading to new cars across its range this summer, focusing on tweaks in the cabin with refreshed and redesigned instruments and new technology.

• Apple CarPlay: review and everything you need to know

All MINIs built from July 2017 will get a slightly redesigned instrument panel, which MINI says has been devised for enhanced clarity. The letters and numbers on the instruments will now appear white at night-time, so they’re more clear-cut in poor lighting conditions. This new colour scheme will be found on the head-up-display as well, and the fuel level-display on the right hand side of the instrument binnacle has been tweaked too, making it easier to read. 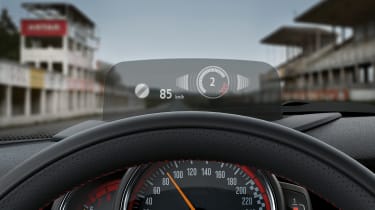 Other minor tweaks in the cabin come in the form of repositioned controls for the head-up-display and selectable driving modes. The modes are accessed by a toggle switch on the centre console, while the HUD is managed through the infotainment system. Individual settings for the display are now stored in the personal profile on the key, alongside mirror and electric seat settings.

In terms of tech, the Alertness Assistant system will become available on the MINI 3-door hatch, 5-door hatch, and convertible, meaning it’ll feature across the entire range. The system monitors the driver and advises taking a break if it detects lapses in concentration.

Lastly, Apple CarPlay is now available on the Countryman and Clubman – those who spec the MINI Media Pack XL or MINI Tech Pack will get Apple’s smartphone link software bundled in.

What do you make of the MINI updates? Let us know in the comments.