Mitsubishi is gearing up for the 2017 Geneva Motor Show with its most important new car in years. Set to take on the Nissan Qashqai, the new SUV has been previewed in a single teaser image.

The model, rumoured to be called the Eclipse but not officially named yet, will sit above the ASX and aims to compete in the fierce midsize SUV sector. Rivals will include the Toyota C-HR and SEAT Ateca.

The teaser image shows the rakish side profile, with clear hints of the XR-PHEV concept in the design. There's a sloping coupe-like roofline, and the front-end adopts the family face seen on the current Outlander. 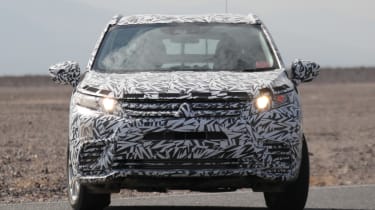 Our snappers previously caught the SUV on Michican plates testing alongside the slightly larger Kia Sportage and Ford Escape (called the Kuga over here). It'll likely launch in the US after, but crossover-loving Europeans are a priority here.

The shape is toned down from the XR-PHEV concept, but there's still some styling cues evident. The rear is more heavily covered up, indicating there's a big design change back there. In terms of size, the SUV will have to be larger in every dimension than the current ASX if it's to compete with the class best in practicality terms. 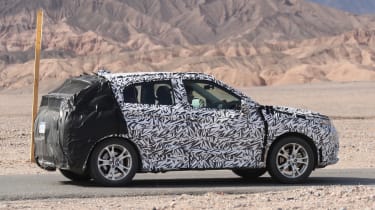 Expect an updated range of downsized turbo petrol and diesel engines, while there will be also be a strong focus on plug-in hybrids; everything from straight petrol-electric models to range-extenders. Cabin quality should take a step beyond Mitsubishi's current passenger car offerings, with a boost in technology predicted, too.

What do you think of the new Mitsubishi ASX? Let us know in the comments section below... 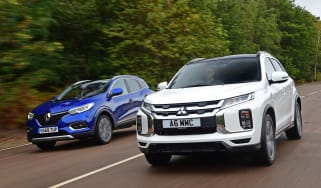