How Porsche brings race car tech to the road 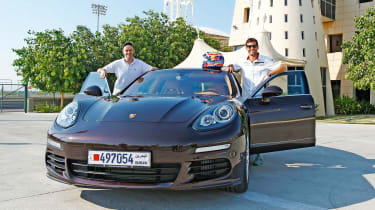 Sakhir, Bahrain, on a sweltering Friday afternoon in mid-November. It’s the penultimate round of this year’s World Endurance Championship, the series which has marked Porsche’s return to top-flight motorsport after an absence of 16 years.

At the end of the weekend, Porsche will have secured its best result of the WEC season in the Six Hours of Bahrain with its pioneering 919 racer finishing second and third in the LMP1 class in the hands of Romain Dumas, Neel Jani and Marc Lieb, and Brendon Hartley, Mark Webber and Timo Bernhard respectively. 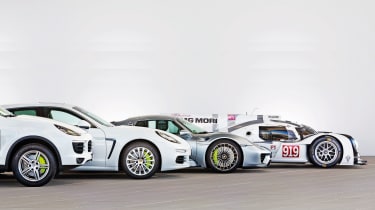 But arguably of more significance to you and I as car buyers is that Bahrain is the latest step in Porsche’s famed ‘Tech Transfer’ policy, a programme which sees innovations for the track shaped into technology that can be implemented in the road cars of the future.

Dr Frank-Steffen Walliser, vice-president of Porsche Motorsport, puts it simply: “The LMP is definitely a hi-tech laboratory for a future sports car. It is the next generation of hybrid technology of Porsche.” Tech Transfer is a strategy which has worked well for Porsche in the past, introducing innovations as diverse as the five-speed gearbox, a mid-engine layout, turbocharging and even a tyre-pressure monitoring system.

The WEC rules for 2014 are keen to prioritise efficiency, and it was this focus which was the driving force for Porsche to develop its 919 Hybrid, which features a 2.0-litre V4 engine and two energy recuperation systems – a generator at the front collecting energy from braking, and another at the rear which operates on the exhaust gas. It sounds complex and it is, but in simple terms, it evolves the concept of the four-wheel-drive hybrid 918 Spyder road car further. 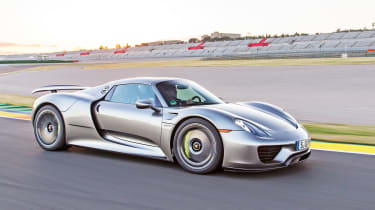 Porsche’s research and development boss, Wolfgang Hatz, explains the appeal. “For me, the key driver in engaging with the WEC was the regulations, which are geared towards road relevance. At the moment, energy efficiency is the key driver of our workforce. Yes, we have to build sports cars and they have to perform, but we are under so much pressure on emissions,” he says.

“The rules here are clever, in that in each lap you have to come out with a certain amount of energy and to drive as quickly as possible.”

Of course, Porsche already has a significant hybrid presence on the market in the shape of the Cayenne and Panamera e-hybrids and the 918. It’s not short of expertise, but events like Bahrain have a key role to play in improving the fuel economy of hybrids in the years ahead.

Walliser’s analysis of the data at the Sakhir circuit gives buyers an idea of the kind of advances that may be possible in future. “When you look at an LMP car compared to a GT car, it’s approximately 15 seconds faster on a lap time, yet needs around 30 per cent less fuel. That’s amazing.” Hatz admits the tech is complicated and its introduction in road cars is some way off – but is adamant the hard work that is being put in now will pay off in a few years’ time.

He explains: “The 919 is a test bed at the moment for 2020-onwards in the sense of, for example, exhaust gas energy recovery. We will not see this in a sports car this decade – but maybe early in the next decade.

“But I think it is very good for us to prove technologies [on the track] which today are very difficult to bring into production, but in six or seven years are possible.” It could even pave the way for a hybrid 911, as Hatz says: “In the next generation I think we’ll do something.” A current 911 was used as a test bed for the 919.

However, Tech Transfer isn’t solely the preserve of massively expensive and complicated innovations – more modest ideas filter through, too. 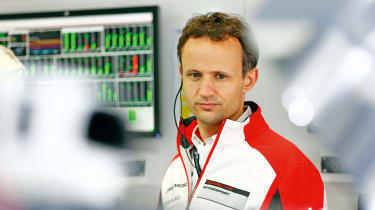 And of course, it’s not all about the tech that makes it through to the cars that one day might sit on your driveway. Tech Transfer has also exposed some less successful ideas in the past, too, with Walliser nominating sequential shifting as one good example.

“We tried it, but it does not work – the temperature conditions, the weight, the effort to control everything electronically.” He admits: “Sometimes you come to a point where you have to say this is not the right way.”

While it’s hard to argue with the theory and benefits of the Tech Transfer strategy, executing it is no simple task, but Hitzinger explains how Porsche makes it work. “Firstly, we have some people who have double roles who work in the LMP department and on the road car side. We exchange plenty of information – this is the way we cooperate,” he stresses. 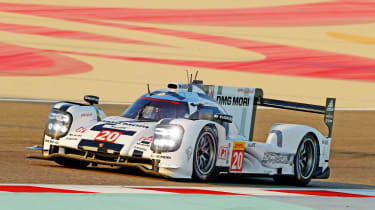 “And when we develop a product, our data is visible to the road car side. They can then take our development method and use that for their development.”

More than anything, though, Tech Transfer is an investment – in Porsche’s future and in its people, too, with engineers switching programmes and continually adding to their knowledge.

But the real winners will be the buyers lucky enough to drive sports cars with pedigree technology honed on some of the world’s top race tracks in one of the most demanding race series in the world. As Walliser sums up: “This is a transfer of ideas – and the most important one is you can save fuel without losing high performance.”

How do the racing drivers help? 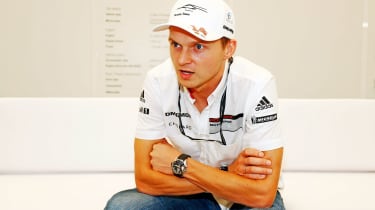 Road cars don’t just benefit from the engineering expertise of the race car programme. Some of the racing drivers starring in the WEC are also encouraged to give their views on road models.

Of the current crop, Marc Lieb has arguably the most input. He was at the wheel of the 918 Spyder when it broke the production car lap record at Germany’s Nürburgring and speaks to road car engineers regularly. He says: “This year we have helped with road cars, as they are more concerned with fuel consumption and strategy. I think in a few years we will see a big step for the road cars from the 919.”

Lieb was involved in the development of the 918 and the 4.0-litre GT3 RS 997, plus drove other models in the range while working on the 918. He gave us an insight into the feedback he provides. “With the electronic steering we had some stuff I didn’t like,” he says.

“It was missing feedback, but then they handled everything very well when they made the final steps and now it is really direct. At the beginning I was sceptical because electronic steering sounds boring, but it makes sense at the end. And then PDK... (double clutch transmission). For me this always made sense. The performance gains are the main thing.”

Team-mate Mark Webber is the owner of a Cayenne V8 S Diesel, a 911 Turbo S, GT3 RS 4.0, GT2 RS and some classics. He adds: “What stands out for me now on road cars is the really low road noise. You can go for a long trip in a sports car, no problem. And for sure, what we are doing will filter through to them.”

A history of tech transfer 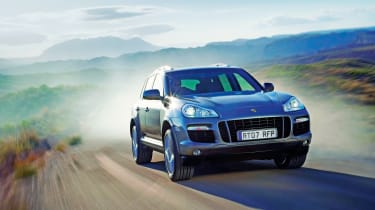 “There is a race car in every Porsche,” is the ethos on which the brand is based – and the company certainly has a long history of transferring technology from its racers to road cars. Here we pick out some highlights of the past...

The concept of mounting the engine in front of the rear axle was first seen on the 1955 550 Spyder racer, and arrived in a production car in the 1964 Carrera GTS.

This advanced 4WD system gave variable control of the centre differential lock. The 1983 Group B 959 introduced it; the Carrera 4 saw it launch on the road in 1988.

The first Porsche turbo was the legendary 917/10 that starred in the Can-Am race series in the early seventies. By 1974 the Turbo badge was appearing on the 911 road car.

Even Porsche’s SUVs benefit from the race programme. The 2007 Cayenne Turbo used a development of chassis control tech seen in the 917 racer of 1971.

The 1998 911 GT1 race car introduced this on the track. Five years later it made its way into Porsche’s road car range in the form of the Carrera GT.