​The 718 Boxster is essentially a thorough facelift of the previous generation 981 model. That said, there are so many new parts that the latest version could be considered an all-new car. However, with Porsche’s hard-won reputation for engineering integrity, there should be very few nasty mechanical surprises.

Both the 2.0-litre and 2.5-litre flat-four engines are closely related to the turbocharged flat-six units that debuted in the 2015 991.2 911 models. That means that despite having two fewer cylinders than the bigger cars, these units should be relatively unstressed. The six-speed manual gearbox has also been tweaked, while the clutch has been overhauled to deliver a lighter action and greater durability.

While the 718 Boxster has been developed to deliver the ultimate in driving thrills, the brand’s engineers haven’t overlooked safety. All versions of the Boxster get six airbags, stability control and a pair of fixed rollover bars behind each seat. Both the standard car and the S get bigger and more powerful brakes than before, while carbon ceramic set-up can be added, although it's pricey, costing in excess of £5,000. 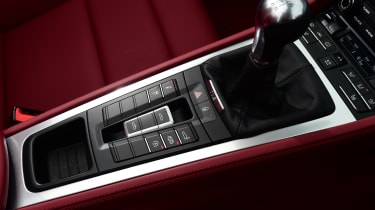 The Porsche 718 Boxster did not feature in our 2019 Driver Power owner satisfaction survey and Porsche itself was notable by its absence. However, results in previous surveys suggest that Porsche models are well built and reliable. Don’t expect to encounter many issues.

As with every Porsche model, the 718 Boxster gets a three-year unlimited mileage warranty, which is backed-up by a breakdown recovery package for the same period. The car’s paint is also covered for three years, while the anti-corrosion guarantee runs for 12 years.

If you’re planning on keeping your Boxster for a few years, then it might be worth considering an extended warranty. This package can be added for one or two years, provided you sign-up within 12 months of the car being registered.

There’s no getting away from the fact that a Porsche is going to cost more than the average family hatchback to maintain. This is mainly down to the fact that the Boxster’s high performance components tend to be expensive to replace.

That said, Porsche has tried to make running the Boxster as cost effective as possible by providing lengthy service intervals of two years or 20,000 miles, whichever comes first. The brand also has fixed price servicing costs for all its models, so you should know beforehand what the financial damage is likely to be. However, bearing mind that consumable items such as tyres and brakes are likely to be expensive.