The revamped Porsche Macan SUV appears in Paris and is set to start from £46,344 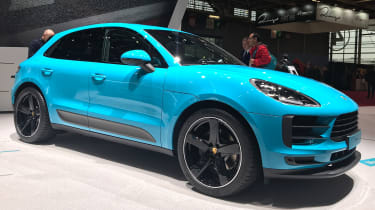 Porsche has revealed the new facelifted Macan SUV in Paris and announced it is available now from £46,344. On top of a new starting price, there are new engines, a new infotainment system, chassis alterations and styling tweaks.

The big news in the engine line-up is that the outgoing car’s diesel motor has been dropped. This means that there’s now a three-strong petrol range, which kicks off with the same 2.0-litre turbo as before, albeit with a particulate filter and slightly less power at 242bhp. With a maximum torque output of 370Nm, the entry-level Macan will reach 62mph from a standstill in 6.7 seconds. 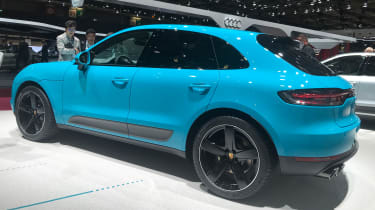 At the front, the design alterations are subtle. The large central air intake remains much the same, but those to each side are more vertical at their outer edges to emphasise the car’s width. The headlights are now LED-equipped as standard, and adaptive units are optional.

The lighting changes at the back are much more obvious. The new tail-lamps, also with LED tech, follow the style of the bigger Cayenne by extending across the full width of the car. Other cosmetic tweaks include four fresh paint colours and new wheel designs, which are available in 20 and 21-inch diameters. 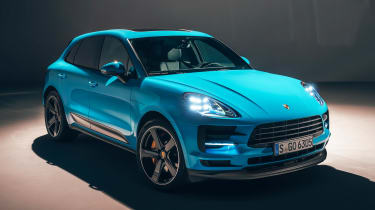 Inside, the updated car is available with a sportier steering wheel design that is lifted from the 911. The central air vents have been repositioned to make way for a new 11-inch touchscreen infotainment system. Known as Porsche Communication Management (PCM), the set-up introduces online navigation and intelligent voice control to the Macan.

The technology extends beyond the display, though; the Macan is offered with traffic jam assist, which enables the car to accelerate, brake and steer within lanes autonomously at speeds of up to 37mph. Should you decide to venture off the beaten track in your Macan, the Porsche Offroad Precision app allows you to record and analyse your off-road excursions on your mobile device. Also added to the long list of tech is an ioniser to improve interior air quality. 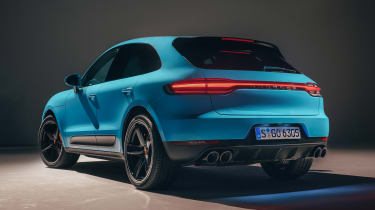 Chassis revisions include new springs which are lighter and stiffer than before to improve agility and body control, Porsche says. It also claims greater emphasis has been placed on refinement.

Porsche has only confirmed prices for the entry-level Macan, which starts at £46,344 and is an increase of around £400 over the old model..

Do you like the look of the updated Porsche Macan? Let us know your thoughts below...

Welcome to our Paris Motor Show hub page. Scroll down for all our Paris content...
Porsche Macan review