The SEAT Altea is a sporty-looking version of the VW Golf Plus, and offers great handling and a range of efficient engines 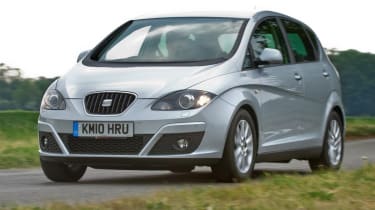 The SEAT Altea is based on a sister car, the Volkswagen Golf Plus, and is one of the smartest looking people carriers currently available in the UK. It's efficient, too, thanks to the introduction of two punchy Ecomotive diesel engines, which help to keep running costs low. As it has been around since 2004, it doesn't offer the flexibility of some of its newer rivals. The Ford C-MAX, for example, offers superior practicality and more room for passengers. However, like the Golf Plus, build quality is excellent, and it comes with high equipment levels and affordable prices. You can get a larger SEAT Altea XL, which has an extra 123 litres of boot space and roof rails as standard. The XL doesn't get seven seats, though, meaning it falls behind rivals such as the Renault Grand Scenic and the Ford Grand C-MAX. Alongside S and SE specifications, new Copa versions have recently been introduced. These are called the S Copa and SE Copa, and SEAT claims these versions add up to £1,500 worth of equipment.

The greenest engine on offer with the SEAT Altea is the 1.6 TDI Ecomotive, which achieves a combined fuel consumption of 62.8mpg and emits just 119g/km of CO2. This engine also comes available with an automatic 7-speed DSG, which can change gear immensely fast. Those after a bit more power should opt for the 2.0 TDI, which still manages a respectable 57.6mpg. Alongside the diesels, there's a 104bhp 1.2 TSI petrol, which manages 50.0mpg and emits 132g/km of CO2. Overall, there's very little body roll through the corners, the brakes are responsive, and the steering is accurate. The Altea isn't as fun to drive as the Ford C-MAX, or as comfortable as the Volkswagen Golf Plus that it's based on. However, it's safe to drive in any environment, at any speed. Due to its age, the Altea doesn't have a great deal about it that makes it stand out from the pack, but hopefully this will be rectified by the time the next generation inevitably appears.

Those looking to do their bit for the environment should opt for the 1.6-litre TDI Ecomotive, which achieves a combined fuel consumption of 62.8mpg, emitting just 119g/km of CO2. It achieves these great figures thanks to a stop-start system, brake energy recuperation and a gearshift indicator, which informs the driver which gear is the most economical for every situation. There's also the option of an automatic gearbox, which can be had in the 1.6-litre TDI model. This comes available with a seven-speed DSG, which has a very fast shift. Those wanting performance should choose the 2.0 TDI, which offers more power but still manages a respectable 57.6mpg - and emits 129g/km of CO2. The petrol isn't very economical, managing just 50mpg and emitting 132g/km of CO2. However, there's a range of fixed-cost servicing deals, which should help keep costs down.

The SEAT Altea has a bigger boot than the Volkswagen Golf Plus, at 409 litres, but it fails to beat rivals such as the Ford C-MAX, which gets a 550-litre boot. However, the rear seats have the ability to split, fold and slide to provide more legroom or boot space as required. One thing to remember, though, is that the rear seats don't tumble and they cannot be removed completely like they can in other MPVs. Still, there's extra storage beneath the boot floor and plenty of cubby holes scattered throughout the cabin, including a big glovebox and large door bins. If you opt for the larger SEAT Altea XL, you'll get 123 litres of extra luggage space, with overall space extended to 1,604 litres with the seats folded. The driver's seat is height-adjustable too, and the steering wheel moves as well for added comfort.

In the 2013 Driver Power satisfaction survey, SEAT ranked 27th, meaning it's got a lot to do to match rivals such as Volkswagen and Skoda. The Altea did manage to feature in the top 150 cars at 121st place, which still isn't great, but it could just be down to old age. Having said that, build quality is good, and the SEAT Altea did score the full five-star rating in the Euro NCAP crash safety test. There have been no reports of any major issues with the Altea and, since it shares many of its components with other cars in the VW Group, the risk of problems should be minimal. It comes with six airbags, traction control, anti-lock brakes, electronic stability control and electronic brake assist fitted as standard on all models. 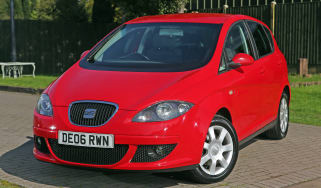 The SEAT Altea XL is a sporty-looking alternative to a family estate, and is great to drive and cheap to run
SEAT Altea Sport 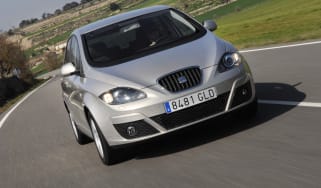 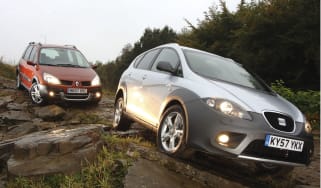 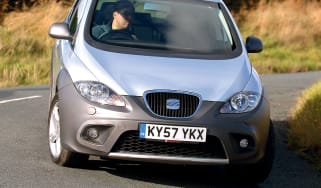 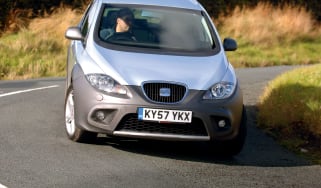 When is an MPV not just an MPV? When it’s a four-wheel-drive performance crossover, says SEAT.
SEAT Altea 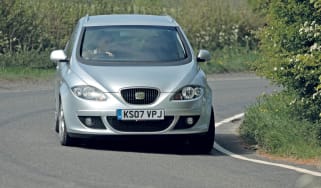 SEAT's compact MPV is the first to receive VAG group's new heart, but does it pack a punch?
SEAT Altea 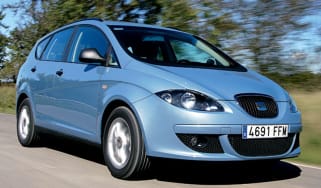 SEAT's Altea XL handles well, drives nicely and is practical. But it makes the range even harder to fathom
Advertisement
SEAT Altea 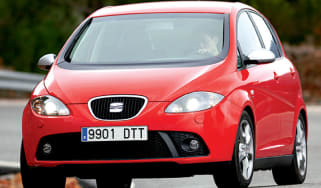 There have been some famous badges in hot hatch history - GTi, SRi and RS to name but three! SEAT doesn't have such a familiar sporty brand....
SEAT Altea

Is it a bird? Is it a plane? No, it's SEAT's new Altea, a sporty mini-MPV that the Spanish firm has declared is the world's first MSV.
SEAT Altea 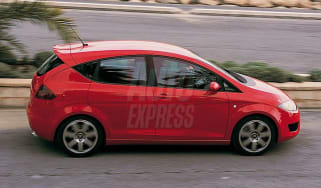 Will car firms ever get bored with dreaming up catchy yet indecipherable tags for their latest creations? We've already had the MPV (Multi Purpose Veh…
Skip to HeaderSkip to Content