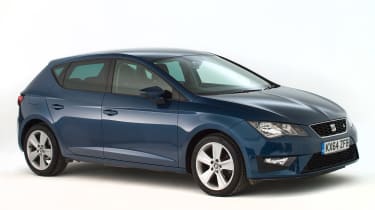 When the second-generation SEAT Leon arrived, it instantly made its rivals look rather staid. With its swoopy lines, this car cut a dash like no other small family hatch, and while time has reduced the visual impact of the mid-range SEAT, it still looks smart.

Although based on the contemporary VW Golf, the Leon doesn’t offer the same range of bodystyles and the interior isn’t as plush, but you can pick one up for significantly less cash. If you’re happy to settle for a five-door hatch, the Leon might be the one; and with plenty of engines to choose from, there’s a model for you whether you’re after good economy or tyre-scorching performance. 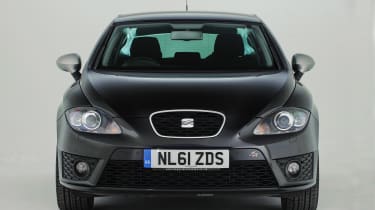 A facelift in summer 2009 brought fresh styling, a new trim hierarchy and a bigger rear window for better visibility. A 138bhp 2.0 TDI common-rail diesel was introduced in November 2010, before the Mk2 made way for an even more stylish Mk3 in 2013. 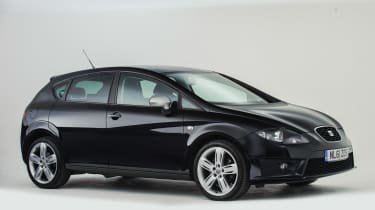 A long production run and a major mid-life refresh mean there are lots of engines to choose from and plenty of trim levels, too.

Specs are confusing, as initially there were Essence, Reference, Stylance, Sport and Reference Sport trims. From summer 2009, these became S, S Emocion, SE and Sport, with FR, Cupra and Cupra R above. 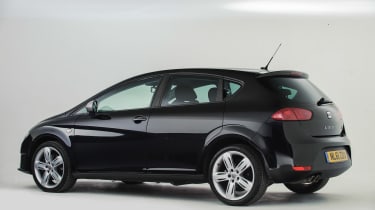 Alternatives to the SEAT Leon Mk2

For value and availability, you can’t beat the Ford Focus and Vauxhall Astra. The Focus is more fun, but both come in three or five-door, estate or coupe-cabrio forms.

If you’re a fan of sharp design, the Honda Civic is also eye-catching. It’s available as a hatch only and is generally well built, too. Yet in terms of all-round appeal, it’s hard to fault the Kia Cee’d, which is extremely reliable, good to drive and cheap to run.

Other small family hatches that focus on value include the Peugeot 308, Renault Megane and Citroen C4, but if your pockets are deeper, you could always go for the Volkswagen Golf.

The dashboard is looking a little dated these days, although there’s still plenty of headroom in the front and rear. Shoulder and legroom in the back are a little bit tight, however. The Leon’s boot is spacious enough, with a 341-litre capacity that rises to 1,305 litres when you fold the rear seats. 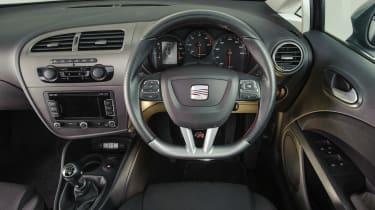 Open the tailgate and look for signs of water leaks on the offside trim panel. The rear washer tube can come adrift, leading to water behind the panel.

The wipers can fail to operate as the bonnet isn’t closed properly or a wire has come adrift from the bonnet lock. Closing the bonnet and attaching the wire should fix things.

Gas struts for the tailgate tend not to last very long – many cars have already had replacements under warranty. You can buy aftermarket items from sgs-engineering.com. 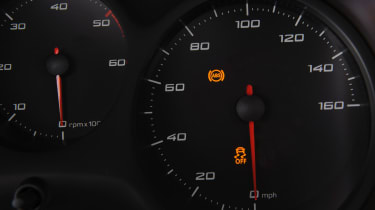 The Electronic Stability Programme hardware can play up. This issue is to do with the antilock braking system, and can be rectified by replacing the ABS pump, which is pricey.

All Leons need maintenance every 12 months or 10,000 miles, with services alternating between minor and major. Because of the Mk2 car’s age, all models are eligible for fixed-price servicing, costing £149 and £249 respectively. If you book your service online, you’ll also get Europe-wide breakdown cover thrown in for free. 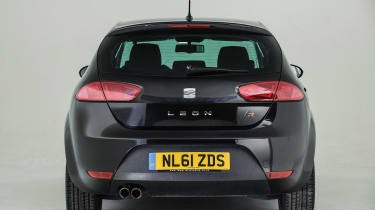 So far, there have been two recalls for the Leon Mk2, the first of which was issued in November 2009. This affected cars built between September 2008 and August 2009 fitted with the six-speed DSG transmission. A sensor within the box could give a false reading, leading to the clutch being deployed and resulting in a loss of drive.

The second recall was issued in December 2011, and affected 65 Leons (and Alteas) with the 2.0 TDI engine built in 2009, which could suffer from fuel leaks.

Age has definitely caught up with the Leon, as it failed to make the list of the top 150 cars in our 2016 Driver Power customer satisfaction survey. It did finish 192nd in 2015 though, managing just two top 100 placings – 66th for performance and 98th for handling. The next best score was 150th for running costs, then 175th for practicality; not very impressive... 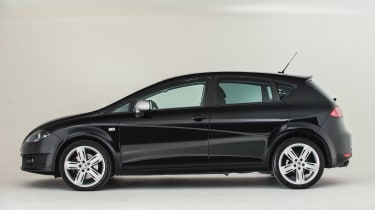 The Leon Mk2's star has faded, as 192nd place in our Driver Power 2015 satisfaction survey shows, but that doesn’t make it a bad buy. Newer designs offer better tech, comfort and build quality, but the Leon still makes a great used buy if you do your homework. With prices starting at less than £3,000, you’re getting a lot for your money.

When we ran a Leon FR TDI on our fleet, we put 1,820 miles on the clock in a single week. Those miles only reinforced what made the car such a great companion: effortless performance, excellent economy with comfort and style. All of those are still true, but reliability and build quality are now patchy, which is why you must buy with care.