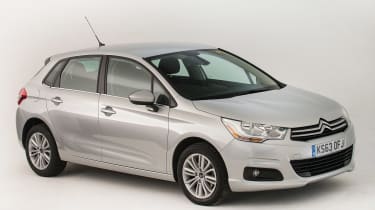 If you’re looking for a family car on a budget, the C4 could be just what you need. It may not be as much fun to drive as some rivals, but the Citroen is practical, well equipped, cheap to run and there are some brilliantly efficient engines to choose from. One of the most appealing aspects of the C4 is its comfortable ride. Many rivals have sacrificed comfort for pin-sharp handling, and although the Citroen is slightly wallowy to drive, it’s more adept than many cars at dealing with the UK’s crumbling roads. Add those affordable second-hand prices, and if you buy a manual C4 you could be looking at a real family car bargain.

Every year, more small family hatchbacks are sold across Europe than any other type of car. There are so many to choose from that it can be bewildering deciding between all the contenders.

While models such as the Ford Focus and Vauxhall Astra tend to get all the headlines, there are lots of other less obvious models vying for your cash, and one of those is the Citroen C4. You could be forgiven for not even realising the C4 existed – it’s distinctly average in most respects and one of the fastest-depreciating cars in its class. But used C4s can still make great buys thanks to some seriously keen prices.

The Citroen C4 was launched in 2004 as the successor to the Citroen Xsara. It’s now in its second generation, which went on sale in 2010, and it’s this model that we’re looking at in this review. 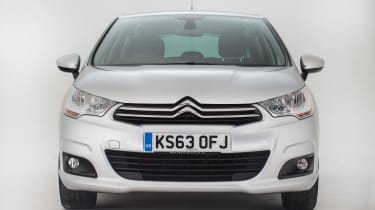 While its predecessor was available in three or five-door hatchback forms, the Mk2 came with five doors only, and a choice of VTR, VTR+ and Exclusive trim levels. Only the entry-level engines (1.4 VTi 95 and 1.6 HDi 90) were offered in VTR trim, though.

A spring 2015 facelift brought new front and rear lights, upgraded interior trim and a new dash with a seven-inch touchscreen. A 1.2-litre three-cylinder PureTech petrol engine was introduced at the same time, along with more efficient 1.6-litre diesels. Trim levels were renamed Touch, Feel and Flair.

The diesels are generally the ones to go for, although the 1.2 PureTech is a brilliant engine, and the 1.6-litre petrol units are also fairly zesty – especially the THP. 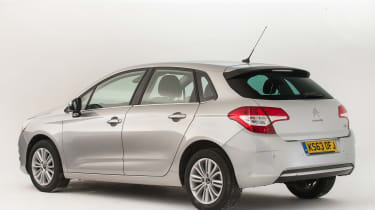 We’d avoid the EGS automatic transmission as it’s clunky to use – the manual alternative is much slicker – but E-HDi and THP (turbocharged petrol) engines came only in EGS form. The VTR is equipped with ESP as standard, along with hill start assist, a multifunction steering wheel, cruise control, heated door mirrors, air-con and electric front windows.

Alternatives to the Citroen C4 Mk2

Rivals that major on value include the Vauxhall Astra, Peugeot 308 and Renault Megane, which are all decent family hatchbacks, but still not class leaders. 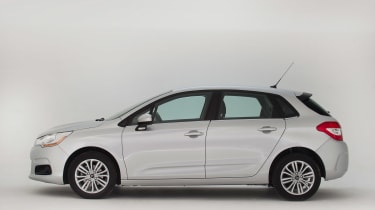 The Ford Focus represents excellent value for money, too, plus it’s great fun to drive. There are also loads to choose from.

You’ll need deeper pockets to buy a SEAT Leon, Mazda 3, Toyota Auris or Honda Civic, but all provide a decent level of safety, build quality and usability. We wouldn’t overlook the Kia Cee’d or its cousin the Hyundai i30, either; both come with long warranties, lots of kit and have excellent reliability records; they’re just not the bargains you might want.

The C4’s dashboard design is quite stylish, but some of the materials don’t look or feel very durable. Those in the front get plenty of space yet the rear seats are cramped, due to the large boot, which is bigger than rivals’, at 408 litres. 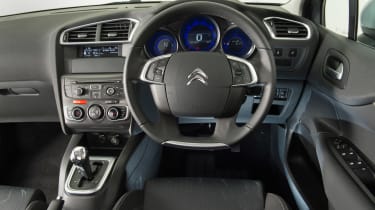 If the car refuses to turn over, as though the battery is flat, it might be because of a faulty connection between the battery and the fusebox.

Radiator cooling fans can come on for no apparent reason. This is usually because the control unit needs to be replaced. A new one will set you back about £20.

The aluminium bonnet can suffer from poor paint adhesion, so look for blistering, especially along the leading edge. Repaints don’t always work. 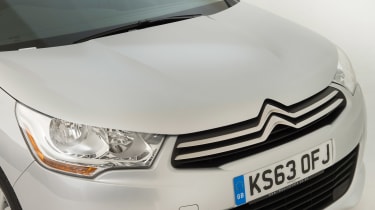 The C4 comes with a tyre mobility kit rather than a spare wheel, but it does feature a spare-wheel well into which you can fit a full-size wheel. 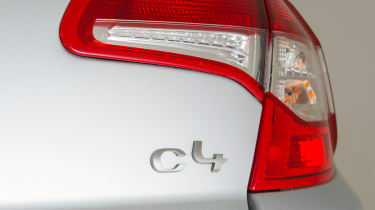 The C4 Mk2 has been recalled a disappointing nine times so far, meaning all sorts of issues could crop up. The first campaign was launched as early as December 2011, due to the possibility of the brake pedal bracket failing (leading to brake loss). Since then, recalls have also been issued because of fuel leaks, brake problems and the engine cutting out. The front suspension could become loose as well. To see if a potential buy is subject to any recall work, register here.

Citroen won’t be celebrating the C4 Mk2’s 139th place in our Driver Power 2016 satisfaction survey. It only managed top 100 scores for running costs (80th) and practicality (94th). Its worst marks were for ease of driving (147th) and handling (141st).