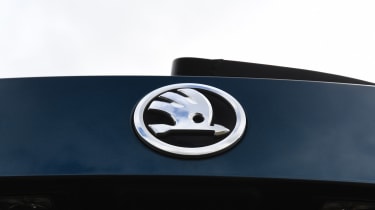 Skoda will launch 30 new models or derivatives between now and 2022, as the Czech manufacturer tries to build on a fifth straight year of record sales in 2018.

Skoda’s overall profitability fell, though, from 1.6 billion euros to 1.4 billion euros, because of significant investment in new products, factory capacity and the battery technologies required for the company’s forthcoming range of electric vehicles. Skoda’s research and development (R&D) bill rose by almost 50 per cent year on year between 2017 and 2018.

Skoda CEO Bernhard Maier said that 2018 had been a year of “considerable challenges”, including WLTP and the trade dispute between the United States and China (Skoda’s single biggest market). He said that fluctuations in exchange rates had also played a part in the drop in profits, alongside heavy investment in future projects.

“We have actively counteracted these challenges with a comprehensive Performance programme, and we are continuing to systematically pursue this course because 2019 will also be a challenging year,” Maier said.

Skoda is gearing up for its first two electrified products, which will both be launched later this year. The Superb plug-in hybrid is likely to appear first, with the Czechs’ first pure-electric car, the e-Citigo, following at the end of 2019 (although sales aren’t likely until early 2020).

Maier also revealed at the company’s annual conference that Skoda will spend two billion euros on electric vehicle projects and mobility services, such as ride-hailing operations. And of the 30 new models or variants planned by 2022, more than a third will be electrified or pure electric.

What do you think is the secret of Skoda's success? Let us know in the comments...