The Skoda Octavia will get the VW Group's new 1.5-litre petrol engine later in 2017, while brand is undecided about electric Citigo 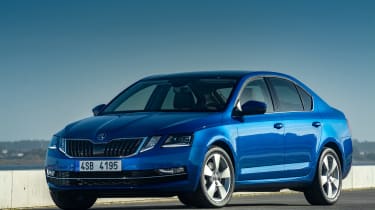 The Skoda Octavia has only just been updated with a new front end look and more in-car tech, but the car is set to get an even more significant update later in 2017 with the addition of the new 1.5-litre petrol engine first seen in the updated VW Golf.

Skoda's head of communications Peik von Bestenbostel told Auto Express that "the new engine is coming in the second half of this year."

In the Golf, the new engine produces 148bhp, although a 129bhp version could make its way into the Skoda as well as the VW in the future. The more powerful unit has cylinder deactivation tech to save fuel, and the less powerful 'eco' version can turn itself off completely and coast to save even more fuel.

Economy of 55.4mpg and emissions of 116g/km in the Golf give us an idea of how the engine will perform in the Octavia, which is based on the same platform.

Now read our review of the facelifted Skoda Octavia...