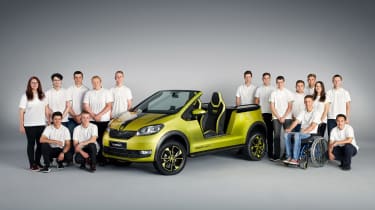 Skoda has revealed a new concept car penned and built by 22 students at the firm’s Vocational School of Engineering, based at the carmaker’s headquarters in Mladá Boleslav, Czech Republic.

Called the Skoda Element, it’s an all-electric beach buggy based on the Skoda Citigo city car and is the latest Skoda concept to be created by students at the Skoda Academy.

According to Skoda, the group of 22 young people spent 1,500 hours designing and building the Element. The project began with initial sketches in autumn 2016, before computer-aided design processes, manufacturing and engineering of the electric buggy started in January this year. 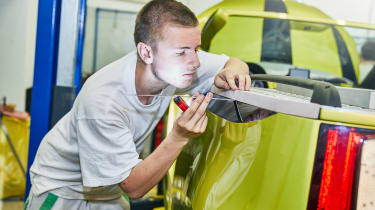 Students removed the roof of the Citigo, before redesigning the sides of the car to feature no doors and adding a lid to the newly exposed boot and removing the back seats. The cabin has been completely reshaped too. Powering the Element is a 60kW electric motor lifted from the Volkswagen e-up!.

“Electromobility is not just a temporary trend – it is the future. That’s why we have opted to build a car with an electric drive system,” explained student Daniel Launa on the choice of powertrain. 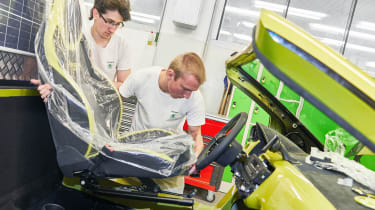 The Citigo was used as a donor car for the 2014 students, who converted the urban runaround into a two-seater, while other projects created by Skoda Academy students in recent years include a Skoda Fabia pick-up and a coupe version of the Skoda Rapid Spaceback.

Is this A-grade work from Skoda's academy attendees? Tell us in the comments!