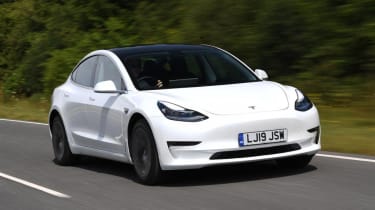 A surge in the value of Tesla’s shares has seen the company become the most valuable American car maker of all time.

With a market capitalisation of $82 billion (£62.5bn) Tesla has beaten Ford’s 1999 record of $80.81bn, and is now worth nearly as much as Ford and General Motors combined.

Short sellers - traders who bet a company's value will decline - are said to have lost over $8 billion in the last seven months as Tesla’s stock has risen. Tesla is currently trading at $469 a share, up by more than $130 since the Cybertruck was revealed in November.

Ford (market capitalisation of $36bn) and General Motors (market cap: $50bn) produce roughly 14 million vehicles a year between them, making Tesla’s record output of 367,500 last year, up 50 per cent on 2018, in line with projections, tiny by comparison.

But as a dedicated maker of electric vehicles, Tesla has forged a path for mainstream manufacturers to follow, leaving giants like Volkswagen and Toyota to play catchup as consumer tastes and legislation increasingly favour electric vehicles rather than those powered by fossil fuels.

And while enterprises like the Ionity charging network make inroads in the public charging sphere, as consumers are encouraged to switch to EVs, Tesla’s Supercharger network offers advantages that are hard for other firms to match.

Similarly, Tesla’s battery tech - refined and improved continuously since the firm was founded in 2003 - can produce ranges of more than 300 miles, greater than those typically offered by rival EVs. The firm also stole a march in the rush to reduce reliance on cobalt.

Further market advantages include the fact that as a maker of EVs, Tesla is able to capitalise on the fact manufacturers of petrol and diesel cars are struggling to match European emission targets that mandate their cars must emit no more than 95g/km of CO2 by 2021 or face billions of Euros in fines. In Spring last year, for example, Fiat Chrysler Automobiles (since bought by French firm PSA) paid Tesla “hundreds of millions” of Euros so that Tesla’s CO2 ‘credits’ would count towards FCA’s official CO2 outputs.

Tesla’s electronics are also said to be significantly more advanced than some car makers’. Sandy Munro from Munro & Associates - an American firm that conducts ‘teardown benchmarking’ of cars to determine how they are made and what costs are involved in their manufacturing - previously told the podcast Autoline After Hours that the Tesla Model 3’s circuit board design is highly sophisticated, and “like nobody has got”. 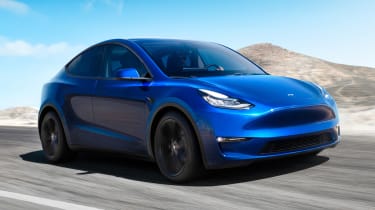 Projects like Tesla’s solar panel manufacturing subsidiary SolarCity have been dogged by controversy, while critics have questioned whether the firm’s Semi - slated for production at the end of this year - will have large enough batteries to tow heavy loads meaningful distances. Safety experts have also criticised claims Elon Musk has made about the ‘self-driving’ ability of Teslas.

None of these concerns have dissuaded investors from valuing Tesla above all other American car makers, however - even if the firm is still playing second fiddle to Volkswagen (market cap: $98.65bn) and Toyota ($227.9bn) on a global scale.

Do you think that Tesla is now bigger than Ford and GM? Let us know your thoughts in the comments below...

The American EV manufacturer is preparing to build a new UK energy company, based on the battery technology used in its electric vehicles
Tesla’s new low-cost, long-life battery set for 2021 launch 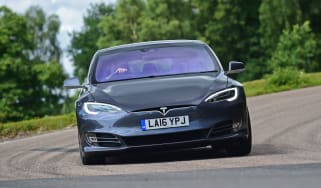