Budget Winter option is not up to scratch in the wet 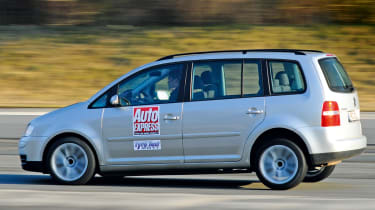 With a £70-a-corner price advantage over its nearest winter rival, this Chinese tyre looks tempting, especially as it offers a lot more grip on snow than a summer pattern.

But while it may increase your safety margin on the white stuff, that advantage is lost on wet roads, where it was behind the best winter rivals and close to the summer tyre on the temperature-dependent disciplines such as braking and handling.

It’s only on dry roads where it begins to match other winter designs – fourth place in braking and just over a second off the pace on the handling circuit. While it was better than the summer Conti on the snow handling track – at least it made it round – it didn’t offer the grip of the other winter tyres, with the nose easily pushing wide and wheels spinning under acceleration.

There was a similar lack of grip in the wet, with plenty of lock required to turn. At least everything was progressive and happening at lower speeds than similar rivals.