Could the Vauxhall Calibra be coming back? 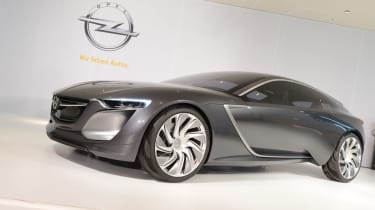 Vauxhall is considering adding a spiritual successor to the Calibra to the range in the next few years, Auto Express has learned. Whether it will revive the Calibra name or not is not yet clear, but Vauxhall’s managing director Tim Tozer has hinted that such a halo model is definitely on the table. “We need to walk before we can run, but could it [a new Calibra] happen when we launch the new Insignia that looks like the Monza concept? Yes we could, but it’s a step by step process,” Tozer revealed. A replacement for the Insignia is expected in 2016 or 2017, which means the Calibra is at least two years away, but thanks to the 2013 Monza concept, we already have a good idea of how the Audi A5 rival could look. Although the Monza’s sci-fi proportions will need to be toned down, a three-door coupe would add some glamour to Vauxhall’s range of mainstream models, including a brand new Corsa, Viva city car in 2015 and a new Astra, also due next year.

• New Vauxhall Corsa revealed in Paris  While the Calibra is still some way off, Tozer opened up briefly on the 2015 Astra. “The Astra today is a bit too heavy, by around 200kg," he said. “For the next model being lighter is key, along with touch and feel and powertrain investment.” But don’t expect an all-electric Astra to rival the VW e-Golf and Nissan Leaf any time soon. “The new car is not being engineered for electric drive, and you can’t just plug in some batteries if the demand is there,” Tozer explained. “However, Opel does have a wider EV strategy in place.”

Get all the news from the 2014 Paris Motor Show here

Welcome to our Paris Motor Show hub page. Scroll down for all our Paris content...
Vauxhall plans for re-opening of Ellesmere Port plant could be delayed