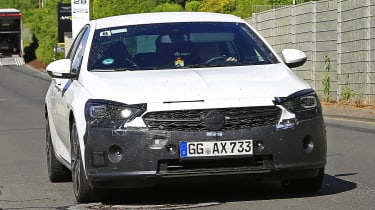 The current Vauxhall Insignia has been with us since 2017, but a refreshed version is on the way soon to take on recently revised class leaders like the Volkswagen Passat and Skoda Superb.

Spy shots showcase the revised car in hatchback Grand Sport and Sports Tourer estate guises, with the modest amount of cladding used to disguise these test cars revealing that the styling changes will be minimal in the mid-life facelift. Expect a reprofiled front bumper, plus grille elements and minor graphical tweaks to both the head and tail lamps for the hatch. The estate, meanwhile, will get a new rear bumper, too.

We’re yet to see the interior of the new models, but given customer demands for the latest tech, we can expect similar infotainment improvements to those introduced on the latest Vauxhall Astra. That means an updated infotainment user face and wireless charging for compatible smartphones, but little else and no changes to the overall design. 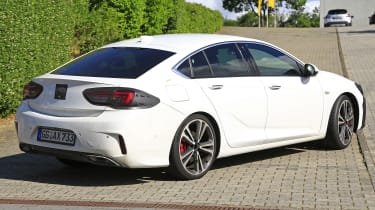 Much like the recently-updated Astra, the Insignia will use the same platform as the model developed under General Motors ownership, rather than moving onto underpinnings from new owners Peugeot-Citroen. However, it’s likely that some PSA engines will find their way under the bonnet: the Astra now uses small capacity turbocharged petrol and diesel units.

As a more upmarket member of the Vauxhall range, a move to a three-cylinder only engine line-up like the newly minted Astra would surprise us. For instance, a four-cylinder SRi model should remain an offering.

Official prices for the updated model are yet to be confirmed, but with the current car starting from £19,945, it’s among the most competitively priced in its class. The new model is expected to go on towards the end of 2019. 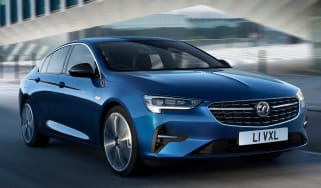 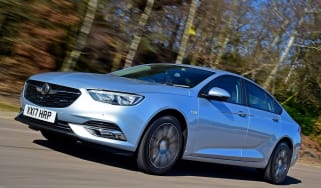 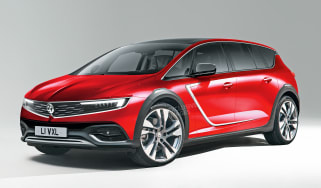