Can new ‘whisper diesel’ get the best out of Vauxhall Mokka SUV? 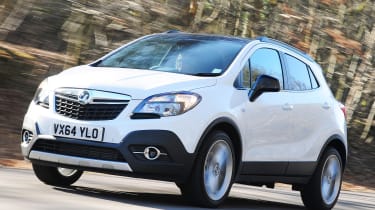 A new engine can transform an ageing car, and while the Vauxhall Mokka diesel has improved, it hasn’t received the new lease of life it needed. The 1.6-litre is refined, punchy and efficient, but allied with a rather dull driving experience. It’s a safe and affordable family car, but one you’d choose with your head rather than your heart.

Look as hard as you like at the pictures, but you won’t identify any cosmetic changes to this Vauxhall Mokka from its predecessor. Peek beneath the bonnet, however, and you’ll find a new 135bhp 1.6-litre ‘whisper diesel’ engine borrowed from the Astra.

It replaces the current 1.7 CDTi and joins the two petrol units in the Mokka range, immediately making a strong case for itself as the engine of choice.

Not only is it quicker and more refined than the outgoing 1.7, it’s more flexible and considerably more economical than both petrol versions. 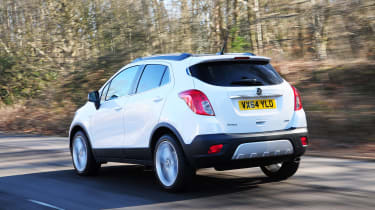 Despite the name of the engine, you’re welcomed with more of a clatter than a whisper upon start-up, but once up to temperature, it settles and becomes almost undetectable at idle. It begins to run out of steam around 4,000rpm, yet the wide spread of torque means you rarely have to rev it out to make progress.

Even accelerating in sixth gear from 40mph reveals notable urgency, although the 1.6 really comes into its own at cruising speeds, pulling an indicated 1,900rpm at 70mph. As a result, economy is impressive: it claims 65.7mpg and 114g/km CO2 emissions.

Our Limited Edition model came with 19-inch alloy wheels as standard, which emphasise the mini-SUV proportions yet do nothing for ride comfort. They deliver unwelcome thuds through the cabin that could upset passengers. Around town, the light steering is welcome (most owners won’t worry that it relays no information back to the driver), while body roll is evident in slightly faster corners. 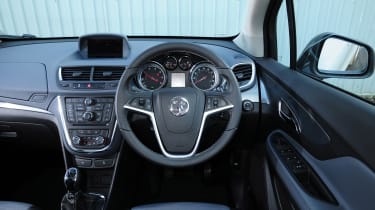 Inside, Vauxhall hasn’t addressed the rather drab-looking design and swathes of buttons, with several decorative chrome strips doing nothing other than reflecting intense sunlight into your eyes.

There is plenty of standard kit, but a £21,364 price tag is steep considering an equivalent Nissan Juke is £19,200 and comes with sat-nav as standard.