Is a new look and a new name for the Vauxhall Mokka X enough to improve on its predecessor? 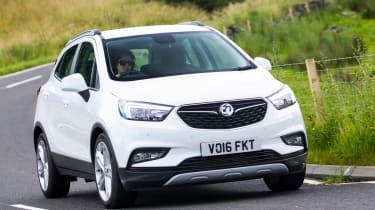 Vauxhall may have given the Mokka crossover a new face, new name and an improved interior but it isn’t enough to propel the SUV to the top of the class. It has its strengths - a generous kit list, supple ride and spacious cabin, but in a very competitive class there are better value, better looking and more interesting alternatives out there - Mazda’s CX-3 immediately springs to mind.

Vauxhall's B-segment crossover, the Mokka, has been around since the end of 2012, and while it might not have won the most glowing critical acclaim in that time, it has certainly been a sales success.

Now, Vauxhall has given the car a thorough update. There’s a completely new front-end design, squared-off headlamp clusters featuring L-shaped LED daytime running lights, a broad, wing-shaped grille and a much neater lower bumper arrangement. It’s certainly not one of those impossible-to-spot facelifts, that’s for sure, and it improves the look of the Mokka considerably. 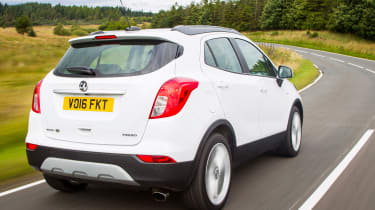 Around the back, the changes are harder to spot – there are new LED signatures in the light clusters and a revised lower bumper, but the biggest giveaway is the badging on the boot: the model is called the Mokka X, and that single-letter signifier will be applied to all of Vauxhall’s forthcoming SUVs. Inside, Vauxhall has changed the dashboard and instrument cluster by taking inspiration from the award-winning Astra. To a degree, it has worked – the Mokka X is less button-busy than before and the IntelliLink touchscreen, with Apple CarPlay and Android Auto connectivity, works well.

New drivetrain additions include a 108bhp 1.6-litre CDTi and a range-topping 150bhp 1.4-litre turbocharged petrol - the latter in top-spec Elite trim didn’t impressed us all that much. With the Mokka X, less is definitely more. Slip into the 138bhp 1.4-litre front-wheel drive manual model  – in exactly the same specification in terms of trim grade and wheel size as the 150bhp car – and you’re in a Vauxhall crossover that costs £3,000 less and is much better on fuel. Also, the dynamic improvements are profound. The ride calms down significantly, while the steering seems sweeter and the engine revs willingly. The six-speed manual transmission is also miles better than the automatic. 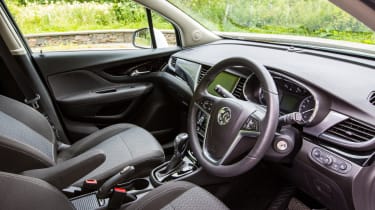 What the Mokka X isn’t, though, is the new B-segment SUV class-leader. It remains a decent machine in many areas but it is outstanding in none. The ride and handling aren’t as good as you’d find on some competitors and while it is priced competitively with decent specification, it can quickly become a very expensive car with a few options. The better bets with the Vauxhall Mokka X are the cheaper models near the lower end of the range.