Volkswagen fans have taken to the Austrian mountains in their Volkswagens en masse, and we're there to see it 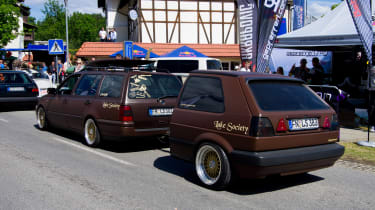 About thirty years ago, some fans of the Volkswagen Golf GTI decided to meet up near a lake in Austria called Worthersee - and they liked it so much that they made it an annual event. Now it's the biggest meet-up of Volkswagen Group cars in the world, and we're at the 2017 event to give you a taste of the atmosphere.

Over 100,000 VW fans arrive to the 'GTI-treffen' every year, mostly to show of their Golf GTIs and Beetles, but these days there are a plethora of related products that have their own fans. From Cupra to vRS, there are plenty of VW Group cars that have a place at the huge meet. 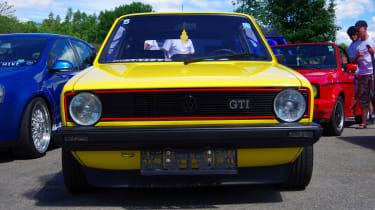 Volkswagen has brought along two completely new concept cars designed by apprentices from within the company - and it's also taking the opportunity to show off the new VW up! GTI at the show.

VW is celebrating ten years of showing off apprentice-made concepts at the show, and the Golf GTI First Decade really shows what they're capable of - it's an all-wheel drive hybrid hot hatch with 404bhp and an electric motor powering the rear wheels. The blue livery helps it stand out, while the hybrid powertrain gives us a hint of what future GTIs might look like.

The second concept at the 2017 show is the GTE Estate Impluse. It's an extended-range version of the GTE, and of course is also presented as an Estate. 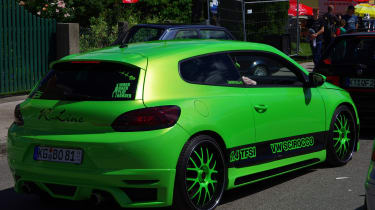 The town of Reifnitz hosts the main portion of the show, and fans will simply park up wherever they can to show off their own highly-modified VWs.

Some of the cars are heavily modified and sport some crazy add-ons, while others are original and simply in wonderful mechanical condition. It takes all sorts to make this one of the biggest shows of its type in the world, and really the meet is all about the people that come together to show off their common interest.

Have a click through our gallery of the best cars and moments we spotted at this year's event... 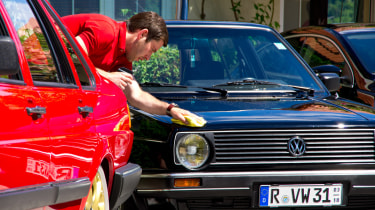