New bodykits add even more sportiness to VW's Golf GTi, GTD and R models, but come at a premium... 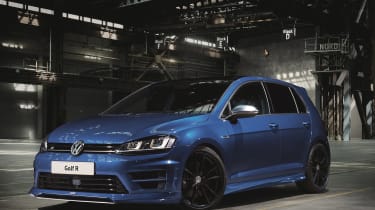 Volkswagen has revealed a trio of bodykits designed by Oettinger for the three performance variants of its Golf hatchback – the GTD, the GTI and the Golf R.

Tuner Oettinger has a long history of modifying Volkswagens stretching back some 70 years, so it makes sense for the car giant to team up with the firm to add a little more spice to its popular hatchback.

All of the new visual elements have been designed with wind tunnel approval, so while they differentiate the hot Golfs from the rest of the range, they also usher in a little extra aerodynamic performance. 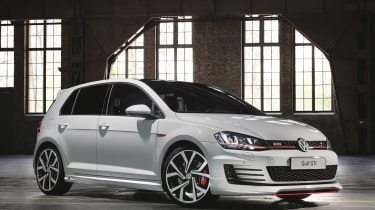 At the front, each car gets a large front chin spoiler and splitter setup. The altered face is joined by creased, muscular looking extended new side skirts.

Around the back the rear bumper sprouts an elaborate looking rear diffuser, and a larger, re-modelled hatch spoiler complete with flaps sits on the back of the roof.

• Golf facelift coming in 2017: All the details

The rear diffuser is home to the Oettinger kit’s secondary addition – a new stainless steel exhaust system with quad exits, which Volkswagen says produce a louder, sportier tone. On the Golf R, the new exhaust kit comes with valve control too, so you can alter the volume.

Despite the sportier looks and louder exhaust notes, the kits don’t introduce any performance upgrades, so the GTD still produces 181bhp from its turbodiesel 2.0-litre four-cylinder, while the GTI and R remain at 217bhp and 296bhp respectively.

The Golf is one of the most popular cars on sale in Britain today, and while the kits offer a way of making hot versions of the ubiquitous family car stand out, they certainly don’t come cheap. The GTD and GTI kit comes fitted for £3,995, while Golf R buyers will have to fork out an extra £5,225 for the tweaks.

Would you spend that much money for one of these bodykits? Let us know in the comments. 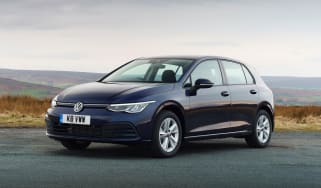