Electrification of every Volvo model from 2019 could be followed by coupe SUV additions, including an XC50 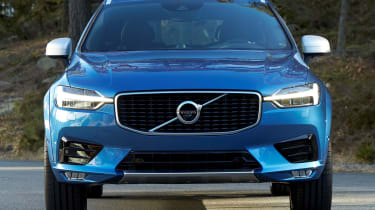 Volvo could look to fill niche gaps in its 4x4 range with coupe SUV offerings, but only once the firm has completed overhauling its regular line-up with its strategy to electrify every Volvo on sale from 2019 onwards, Auto Express can reveal.

Sitting beneath the XC60 and XC90, the arrival of the new XC40 compact SUV – an all-new segment for Volvo – sees the company line up with three SUV offerings for the first time in its history.

Lex Kerssemakers, Volvo’s senior vice president for Europe, the Middle East and Africa, explained: “We cover 98 per cent of the segments, so it’s more likely we’ll go further into the depths than expand.”

Quizzed if that could mean more rakish coupe-like SUV offerings to counter the likes of the BMW X2 and X4, as well as the Mercedes GLC Coupe, Kerssemakers said: “Potentially, but not in the short term”.

Volvo recently trademarked the XC50 nameplate, which hints that the idea of a model sandwiched between the XC40 and XC60 is something Volvo bosses are thinking about.

As for those short term plans, up next for Volvo will be a new S60 saloon to partner the V90. Meanwhile, the firm will work on its ‘40 cluster’ cars too, turning out a new V40 to rival the Volkswagen Golf before the end of the decade.