We drive high-spec petrol-powered 3 Series on UK roads - is it worth considering over a diesel? 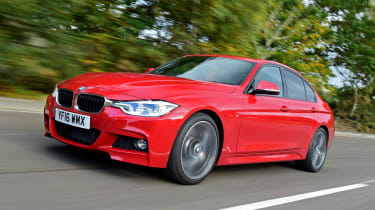 To all intents and purposes, the BMW 340i is an excellent car. It’s fast, fun and well equipped – but a 330d is only a fraction slower, and should be substantially cheaper to run. The chassis is as sweet as ever, though, and the smooth petrol engine will appeal in a different way than the diesel equivalent. It will be a niche choice in the 3 Series range, but we’re glad there’s still a great petrol option sitting below the supercar-baiting M3.

Last year, BMW treated its big-selling 3 Series to a mid-life facelift. With it came a slightly revised look, with new air intakes and fresh headlights, along with a rejigged engine line-up that saw the range-topping 335i replaced by this – the 340i.

Our first taste of the new 3 Series came courtesy of this very car, way back in the summer of 2015. Since then, we’ve driven various versions on UK roads, but the flagship 340i escaped us. Now, we’ve got the six-cylinder saloon on British soil to see if fastest means best. 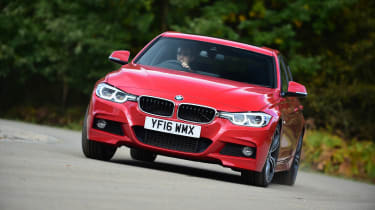 But despite being 50 per cent more expensive than the entry-level car, the 340i has twice as many cylinders and more than double the power. It will cover 0-62mph in just 5.5 seconds, and hit a 155mph top speed. That may be useful on empty German autobahns, but is it as usable in the UK?

It certainly feels fast. The rear-wheel drive chassis remains among the sweetest in this class, and as time wears on, you don’t notice the tweaked and overly assisted electric power-steering. Flick it to Sport mode and things weight up, revealing just enough feedback through the wheel as you start to push on. 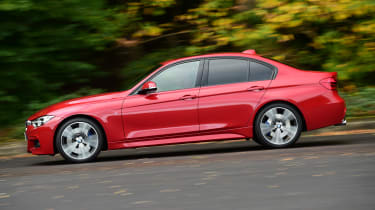 Our car had the £515 optional Adaptive M Sport Suspension, and in Comfort mode the ride was perfectly judged. In any of the firmer settings the 340i felt too rough for UK roads, however – and where an Audi S4 allows you to mix and match settings, the BMW is all or nothing. This is a pity, because it won’t grant you the softer dampers with the sharper throttle and weightier steering. It’s far from a deal-breaker, but it’s a notable omission on such a driver-focused car.

Sport mode does offer a throatier exhaust note, but if you want a truly momentous soundtrack you’ll be disappointed by anything this side of an M3. Both the Mercedes-AMG C 43 and Jaguar XE S have more ear-catching tones, but what the 340i lacks in drama, it makes up for with its refined motorway manners. There’s next to no wind noise, and the engine fades into the background at a cruise. 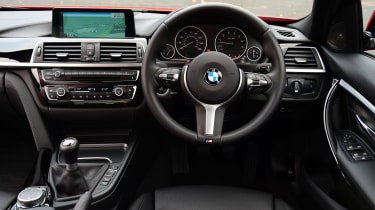 Unusually, our test model came with the standard six-speed manual box, and while this will remain the enthusiast’s choice, it’s the £1,520 eight-speed Sport auto that gets our vote. The excellent ZF transmission is proven across the BMW range and suits the 3 Series perfectly. It shifts smoothly around town – where the manual is heavy and laborious – and on the open road the Sport auto is nearly as fast as a normally superior dual-clutch set-up, improving fuel economy along the way. It also brings shift paddles that the regular £1,380 auto misses out on.

The 340i won’t be cheap to run, though, either as a private buyer or a company car driver. Fuel economy of 36.7mpg for the manual car is on par with rivals from Jaguar, Audi and Mercedes, but compared with the torquey 330d diesel, it just can’t compete. 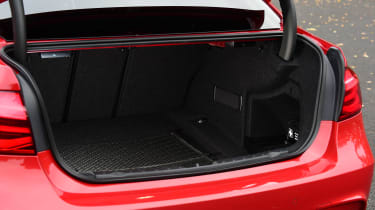 That car’s CO2 emissions of 131g/km beat the 340i’s 179g/km hands down, too. Even with the three per cent Benefit in Kind diesel surcharge, business users will see big savings by opting for the 330d.

Inside, the car feels rather simplistic alongside more modern competitors, but the classy finish and logical infotainment system make it a decent and comfortable place in which to spend your time.

The iDrive set-up is excellent, and the addition of Apple CarPlay (a £235 option) will please a number of prospective buyers.