BMW's M4 Convertible aims to make an impact on the open-top performance car market. We test it against Jaguar's exhilarating F-Type S 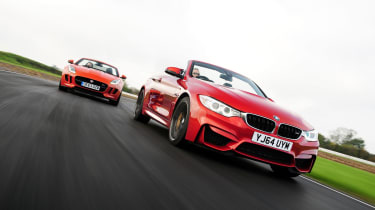 The market for high-performance, open-top sports cars has been given a shot in the arm in the shape of the BMW M4 Convertible. While it shares its running gear with the M4 Coupe – including a cutting-edge twin-turbo straight-six engine – it adds the folding roof mechanism already seen in the standard 4 Series Convertible.

Although the new M4 Convertible delivers a tantalising combination of open-top motoring and performance, it doesn’t have the high-speed cabrio market all to itself, as this is also the domain of one of our favourite cars.

The Jaguar F-Type doesn’t have four seats, but it’s a close match to the M4 on price and it has the power and handling to give the newcomer a run for its money.

So, can BMW impress like its Coupe cousin, or has removing the roof stunted its driver appeal? We hit road and track to give these two a thorough workout to find out.

Click the links above for individual reviews, and scroll down to find out the verdict! 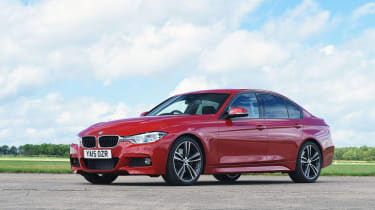 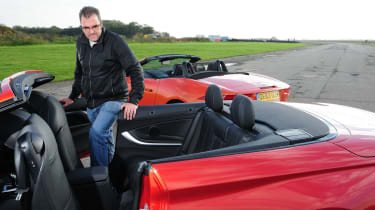 Both cars are simple enough to get in and out of, although the Jaguar is lower and access is a bit trickier with the roof up. Meanwhile, the BMW’s rear is easy to climb into. Both front seats slide forward electronically at the push of a button, and the doors open wide to boost accessibility. 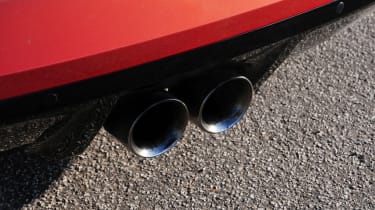 The M4 and the F-Type boast 3.0-litre six-cylinder engines, but the straight-six in the BMW is twin turbocharged, while the Jag uses a supercharger. BMW has bolstered the M4’s engine note with a sound synthesiser, and the F-Type employs a mechanical valve in the exhaust to pump up the volume. 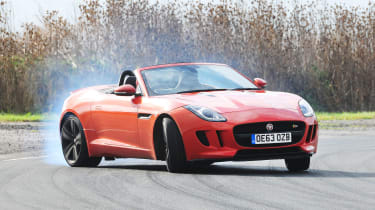 If you want a luxury convertible that makes you feel special every time you get behind the wheel, then nothing can match the Jaguar F-Type. From the way the exhaust barks into life when you start it, to the savage acceleration and tail-happy handling, the F-Type simply feels alive. This talent to entertain means you soon forget about its lack of practicality, and means the Jag is still one of the best cabrios you can buy. 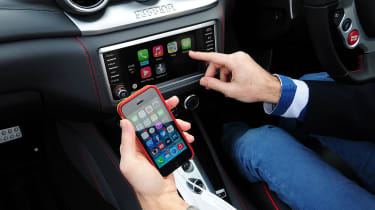 The M4 Convertible delivers the same punchy performance and straight-six soundtrack as its coupé cousin, but losing the roof has compromised its performance. While it has the pace to outgun the F-Type, the extra weight of the M4’s complex roof system takes the edge off its cornering ability. It’s a great-performing four-seat convertible, but lacks the crucial feelgood factor of the Jaguar.