BMW reveals initial UK launch pricing for the all-new 5 Series, ahead of it arriving in showrooms in February 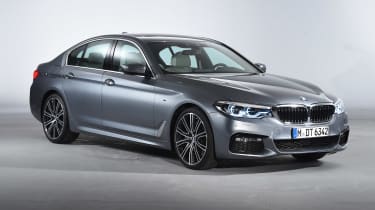 BMW's new seventh-generation 5 Series isn't far away from dealers, and now the brand has released initial pricing details. The Mercedes E-Class rival will start from £36,025 at first, with cheaper variants likely to arrive later. 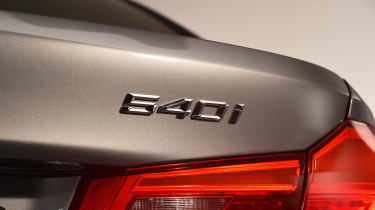 The current 5 Series has been left trailing by newer rivals such as the Jaguar XF and Mercedes E-Class, which have gained the upper hand in refinement, technology and comfort. This all-new 5 Series looks set to change that, because it will benefit from innovations seen on BMW’s 7 Series.

Changes start at the front with new, sleeker LED headlamps integrated with the trademark kidney grille; adaptive LED lights with a 500-metre illumination range will also be available. 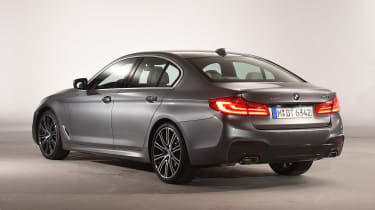 The surfacing is more complex than it is on the current car, with a prominent shoulder line stretching back to the tail-lights, while the bonnet shut line has been removed. Twenty one exterior paint finishes will be available, while alloy wheels will range from 17 to 20 inches in diameter.

We spoke to BMW 5 Series project manager Wolfgang Hacker, who told us: “We started to make every little detail better; from our perspective there is no detail on the car which is the same level as the predecessor. Every line, every point was discussed – that was the four-year task.” 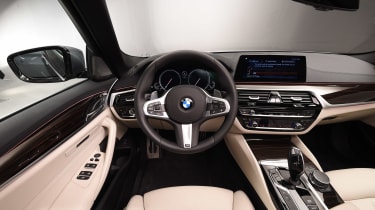 Beneath the new body, the 5 Series also benefits from a new chassis – it’s the same basic platform used on the 7 Series but without the carbon fibre core. Nevertheless, it helps cut 70kg from the kerbweight alone. More extensive use of aluminium on the body, plus lighter brakes and alloy wheels, sheds another 30kg. The 5 Series also maintains its 50:50 weight distribution.

“If you close your eyes, first you will think it is a 3 Series to drive but on the highway it will feel like a 7 Series,” Hacker told us. “That’s what we wanted to achieve with the new model.”

The new chassis also means the dimensions of the 5 Series have increased slightly over the outgoing model’s, with the wheelbase now 7mm longer, and the overall length of the car stretching by 36mm. The new model is also 6mm wider and 2mm taller than its predecessor, while boot capacity has been increased by 10 litres to 530 litres.

For the first time BMW will also launch a 530e plug-in hybrid version of the 5 Series, which will become part of the recently launched iPerformance line-up. Its powertrain will comprise a 2.0-litre four-cylinder petrol engine and electric motor, which jointly develop 249bhp and 420Nm of torque. More significantly, BMW claims the 530e will also be capable of 141.2mpg with CO2 emissions of 46g/km.

The most efficient diesel model is the 520d EfficientDynamics edition, which is powered by a 187bhp 2.0-litre diesel paired with an eight-speed automatic gearbox. It is claimed to return up to 72.4mpg and emit just 102g/km of CO2. The standard 520d uses the same engine but is the only model with a six-speed manual gearbox, and as a result economy drops to 67.3mpg and CO2  emissions go up to 108g/km. 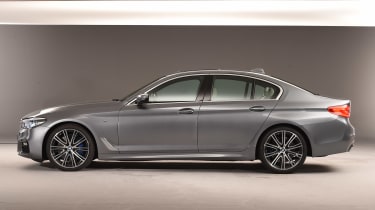 As for petrol engines, buyers will have two options from launch: a 248bhp four-cylinder turbo badged as the 530i, plus a more powerful 335bhp six-cylinder turbo that’s badged 540i. Both are also available with four-wheel drive.

Shortly after the 5 Series is launched next year, BMW will introduce a flagship M550i xDrive version that will be powered by a 455bhp 4.4-litre V8. The company claims the model will be capable of covering the 0-62mph sprint in just 4.0 seconds – three tenths of a second faster than the current 552bhp M5. 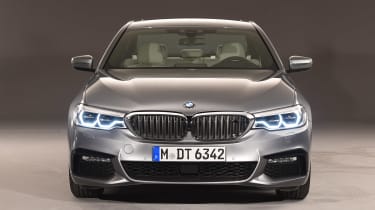 Another first is BMW’s Integral Active Steering system, which is a convoluted way of describing a rear-wheel-steering set-up that should boost agility. It can be specified in conjunction with xDrive, too.

BMW has also added the latest autonomous systems to the optional active cruise control, active steering and lane-keeping assistance systems. At up to 130mph the 5 Series will be able to take control of steering, acceleration and braking inputs when called upon.

Also new is the 7 Series-inspired dashboard and centre console design, along with a new 10.25-inch touchscreen, which features wireless Apple CarPlay connectivity – a first on any production car. 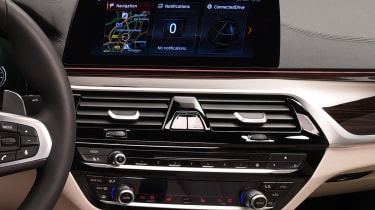 BMW’s own iDrive infotainment system can be controlled via the swivel wheel on the centre console, while certain functions such as changing the stereo volume and answering phone calls can be operated via gesture control.

“We also have a lot of new innovations to help in daily business life,” Hacker added. Many of these new features will appear for the first time in the new 5 Series as part of BMW’s ConnectedDrive.

The most significant is a new Parking Assistant function that finds empty parking spots, while a new Remote Parking system is able to park the car automatically without anyone behind the wheel. Elsewhere inside, BMW has added a WiFi hotspot for up to 10 devices, more spacious storage areas and inductive phone charging.

To boost refinement on the move, sound absorbers have been integrated into the headliner, while acoustic glass has also been fitted on all models. 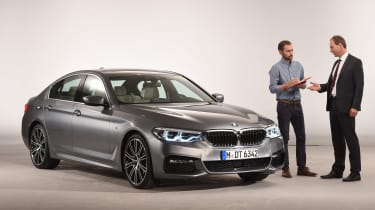 Auto Express caught up with BMW 5 Series project manager Wolfgang Hacker to get the lowdown on the crucial new executive model.

Q: Developing a new 5 Series is a huge task. What was the key area that had to be improved?

A: “Dynamics are the most important part. First, make the car more dynamic, more sporty than the predecessor. The car drives totally different now.”

Q: To get a more dynamic drive, have you been forced to make a compromise on comfort levels?

A: “The chassis and the base of this car is very good, it’s a new level. We had the chance to make the suspension different, make it more sporty but also protecting the comfort of the car. This is a compromise on a higher level.”

Q: In what other areas has the 5 Series improved over its predecessor?

A: “One of the biggest innovations concerns the driver assistance systems, because these really are state of the art. The automated driving is really important, to help you relax on long business trips and in city traffic.”

What do you think of the new BMW 5 Series? Let us know below... 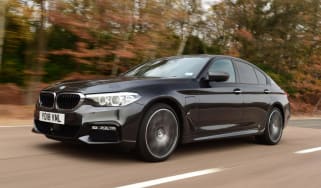 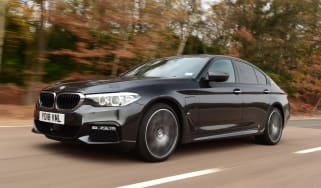