BMW's smallest SUV is back, bigger, better to drive and more beautiful than before what could go wrong? 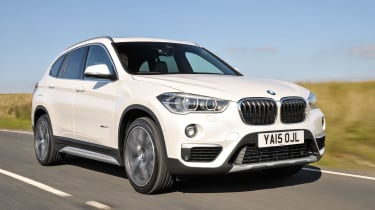 Some may question why the X1 costs more than larger crossover SUVs like the Mazda CX-5, but you could argue the BMW has a more premium image. It easily beats the more crossover-led Mercedes GLA for space and also highlights the age of the Audi Q3. This mid-spec Sport with BMW’s 188bhp 2.0-litre diesel is a tempting choice, too, offering decent running costs that don’t break the bank. Just steer clear of the pricey options list.

Despite being branded as having challenging styling, the original BMW X1 built up a loyal following, not least in the UK. Of the 730,000 sold worldwide over its six-year life-span, nearly 40,000 found homes here, so you’d expect BMW not to change the recipe too much.

Well, you’d be wrong, as the new second-generation X1 has started with a clean sheet of paper. The styling is now more in step with BMW’s other SUVs, and ditches the pumped-up estate-car looks of the old version. It’s taller and gets a longer wheelbase (but it is in fact slightly shorter than the old X1), which allows the new carto be much more spacious inside than its predecessor, and from many angles the X1 now looks like a mini-X5.

Moreover, out goes the old car’s 3 Series Touring rear-wheel-drive platform and in comes BMW’s new front-wheel-drive layout, shared with the 2 Series Active Tourer MPV and even the MINI Hatch, although it’s only the entry-level sDrive that is powered by the front wheels – xDrive models use BMW’s four-wheel-drive system. 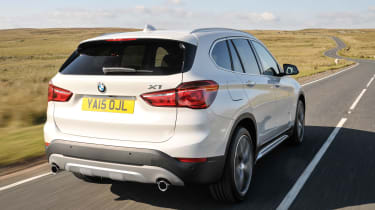 Our 20d Sport test car has four-wheel drive and, at £33,680, in the middle of the range, it’s expected to be the biggest seller. It’s powered by the 2.0-litre diesel that appears in so many other BMWs – and for good reason, as this is a strong engine. It musters 188bhp and a healthy 400Nm of torque, allowing the X1 to get from 0-62mph in a scant 7.6 seconds.

BMW’s smooth eight-speed auto comes as standard, too (a six-speed manual will be available from November). BMW claims fuel consumption of 57.6mpg and 127g/km CO2 emissions – although we only managed around 43mpg. On the move, there’s loads of punch at low revs, with only the diesel’s clattery tone being audible at high revs. 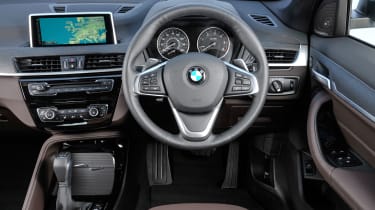 It’s good fun to drive, too, thanks to well weighted and accurate steering, and body roll is kept well in check, even through tight, twisting lanes. The pay-off isa slightly sharp ride over potholes and when driving around town.

Inside, it’s typically BMW, with quality materials, but the cabin lacks any real design flair. The space on offer is the real boon here, however. There are 505 litres available in the boot – a considerable 85 litres more than chief rival, the Audi Q3. This expands to 1,550 litres when the rear seats are folded flat – a useful 225 litres more than the Audi can manage.