Things to do for car fans: UK family days out for summer 2015

Your guide to the summer of motoring, with dates and prices of some fun family car shows around the UK in 2015 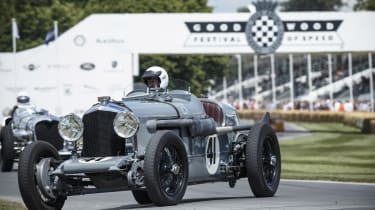 As the temperatures rise, thoughts turn to holidays and family days out. And what better way to enjoy the summer sunshine and the great outdoors than with the sights, sounds and smells of a glorious classic car show, automotive festival or motor race?

Motor shows have changed dramatically over the years. They’re no longer stuffy affairs held in giant halls with static displays; they’ve now become all-encompassing, family-friendly celebrations of cars old and new, with plenty of other attractions, including live entertainment, competitions and more.

We’ve rounded up the best that summer 2015 has to offer in the UK and further afield... 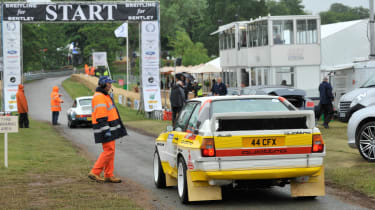 Often referred to as 'Goodwood, but up North', the Cholmondeley Pageant of Power is a great family day out for those who love seeing a wide range of classic and modern cars on the move.

This year centres around the theme of 'power' in all its forms; land, water and air. That means we'll see a new 1,000bhp+ category on the famous race track, backed up by a range of Formula 1 cars from the eighties turbo era and fearsome Group B rally cars. The on and off-road displays will also showcase some of the fastest bikes ever made.

A record 67,000 people attended last year's Pageant of Power, with even more vistors predicted by event organisers this year. 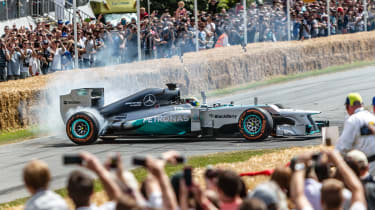 ‘Fast and Fearless: Racing on the Edge’ is the theme as this year’s Goodwood Festival of Speed celebrates a whole host of racing milestones, including the 60th anniversary of Sir Stirling Moss and Denis Jenkinson’s historic victory at the 1955 Mille Miglia for Mercedes, plus 50 years since Honda’s first grand prix win.

Moss will drive an iconic Mercedes 300 SLR up the famous Goodwood hill climb, while MotoGP legend Valentino Rossi will do so on his current Yamaha racer.

• Goodwood dates and cars: full details on the 2015 event

At least five F1 teams, including Mercedes and Ferrari, will hit the hill with their current drivers, and a raft of touring cars from the incredible eighties era is set to appear, too. Back in the present, the 1,800bhp Koenigsegg Regera will do the hill climb, as will the brand new Mazda MX-5 – making its UK debut. And for something more leftfield, a pack of infamously unsuccessful F1 cars will appear in the new, tongue-in-cheek ‘Fearless but Flat-Broke’ category.

As all of this is going on, spectators can soak up a petrol-infused, family-friendly atmosphere that includes autograph stands and a mini hill climb for kids to race around in box karts. 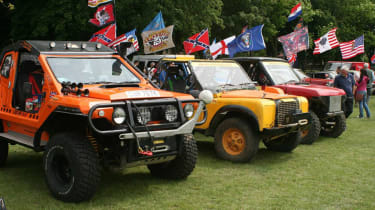 Raising money for the Child Lung Foundation, the Berkshire Motor Show is a relaxed family day out, with the likes of circus entertainers, chainsaw carvers and a funfair to enjoy.

Cars are covered at the more unusual end of the spectrum, with participants bringing along their own classics, hot rods, modified cars and standout custom models like the Black Pearl pirate van. There’s even a tug-of-war contest planned – and you don’t get many of those at motor shows. 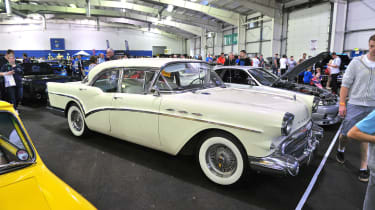 Organisers call the Scottish Car Show a “grassroots” event – there’s no official manufacturer involvement, just 1,600-plus owner cars, most of them modified. But the one-day spectacular isn’t just for the tuning community; there’s something for everyone. Drift and supercar taxis are available all day, and while an extravagant stunt show with cars and bikes will entertain all, there’s also an activity zone for kids.

The Army will be in attendance with a range of vehicles, and there’s live music as well – including the Rolling Drones, a pipe band that plays modern hits. 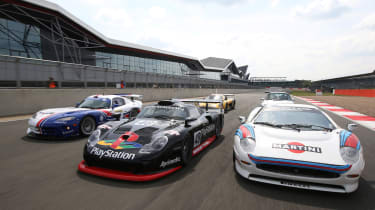 Thousands of heritage display cars and three days of non-stop racing, featuring more than 1,000 historic racers, underpin the Silverstone Classic. But that’s not all. Status Quo will perform live and you can take part in all manner of driving experiences, from off-road to drifting. Mike Brewer is hosting a live car clinic, too – tweet a question in advance using the #SCASKMIKE hashtag.

Plus, there’s a funfair and millions of pounds worth of classic cars due to go on sale at the Silverstone Classic auction. Fancy staying over? Silverstone offers posh camping or compact ‘Snoozebox’ hotel rooms. 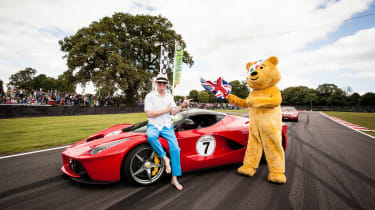 The brainchild of radio presenter and Ferrari enthusiast Chris Evans, CarFest is a fun family festival underpinned by a love of cars – with a quarter of proceeds going to Children In Need. It’s now in its fourth year and split into events in the north and south of England, with the three-day camping festivals best described as Glastonbury with cars. The live music line-up includes The Boomtown Rats, Texas, Paloma Faith and Will Young, while there’s plenty of organic festival food and an air display to enjoy.

Oh, and there are cars, too, with a wide range of production and racing models taking to the track, including historic F1 racers, hot rods, rally cars, Japanese retro and supercars, and even two generations of the Batmobile.

For little ones, there’s a driving school, football, a stunt school, interactive art displays and a funfair, while more grown-up kids can have a go in bulldozers and tractors. 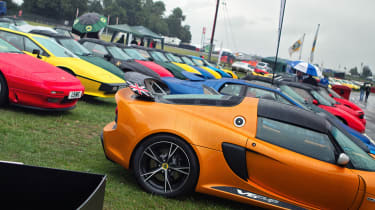 This “celebration of Britain’s most charismatic sports car marque” covers the entirety of Lotus’ 60-year history. Organised by fans, it comprises a packed racing programme, while showgoers can mingle with fellow owners and enthusiasts, as well as buy from the merchandise stands.

‘Show and Shine’ will display the best-preserved models in the UK, plus you can even enjoy a passenger ride in a Sunbeam rally car. 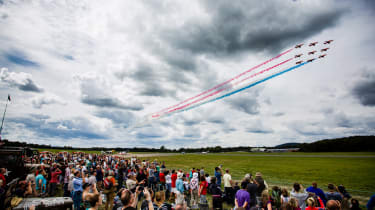 The huge park is used to full effect, including a Red Arrows show, classic car and supercar areas, a stunt show, a retail village and all kinds of activities for the kids – from a fairground to aviation and race simulators, plus bouncy castles. 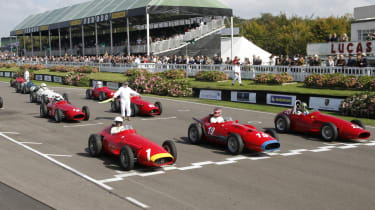 Known as motoring’s best fancy dress party, the Revival is staged entirely in period clothing and will once again explore racing and car culture from the past. As ever, hundreds of seminal vintage road and track cars will race around the Goodwood circuit, while this year’s main event will be a tribute to legendary racer and engineer Bruce McLaren and will include a parade of more than 20 cars pertinent to his career.

A highlight will be the Lavant Cup race, which is exclusively for drum-braked Ferraris this time around, with hundreds of millions of pounds worth of cars taking part. Under-13s get into the Revival show for free. 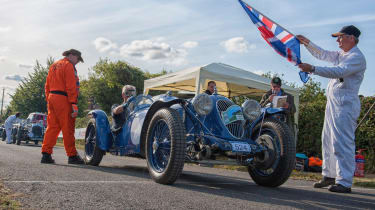 It's one of England’s oldest hill climbs – having been used since 1910 – and although it started as a competitive event, the Kop Hill Climb has become a fun-packed family day out with hundreds of historic and exotic cars and bikes taking part each year, surrounded by exhibitions and entertainment.

Side events include a Soapbox Challenge, a raffle for a Porsche 911 ride up the hill, a terrifying wall of death ride and a funfair for the kids. It’s all for charity and run by volunteers. 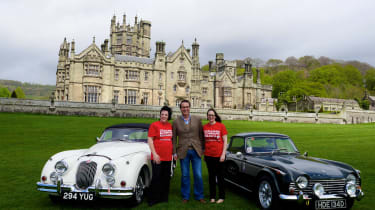 The name says it all – this is set to be Wales’ biggest classic car event, raising money for organiser Leukaemia & Lymphoma Research. This brand new show will see hundreds of classic and military vehicles hit Margam Park.

Organised with the Historic Endurance Rallying Organisation (HERO), the show will feature over 700 cars, with 26 provided by HERO and some used for rides around Margam Park in exchange for a charity donation – including a 1933 AC March and a 1992 Lancia Delta Integrale.

The family-friendly event will also host activities for kids, including a treasure hunt.

...And what about abroad?

Fancy taking advantage of a cheap flight or an easy Channel Tunnel ride and heading to Europe? Here are three of the Continent’s top motoring events... 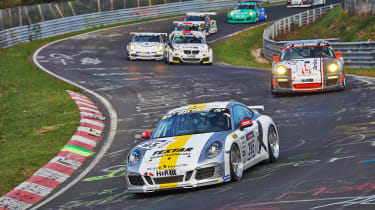 The VLN Endurance Championship comprises 10 one-day race events, each organised by a different motorsport club and contested by everyone from amateurs to pro factory teams. It’s free to watch from the perimeter of the famous Nordschleife circuit, and is a great day out. 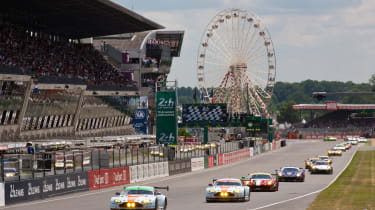 The iconic Le Mans 24 Hours is an event any serious motoring fan must see in the flesh at least once. With track action from cutting-edge race cars, a festival-like atmosphere and huge road trip potential, it’s the perfect long weekend break for petrolheads. Nothing can quite prepare you for the noise – from both the campsites and the track. 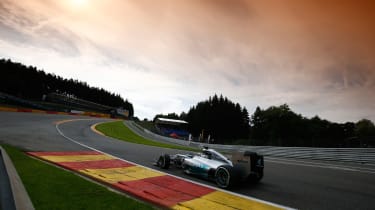 One of the most celebrated circuits in the world, Spa-Francorchamps promises plenty of excitement when the F1 circus arrives in August – although at up to €600 (£427) per person for the weekend, plus travel, it takes commitment. With the season past the halfway point by then, will Mercedes still be dominating?

Of course, there are hundreds of local car shows and events all over the country - let us know your favourites or plug the event you organise in the comments below!