Think your daily commute is bad? Spare a thought for the drivers who battle blizzards and ice on the world's coldest roads 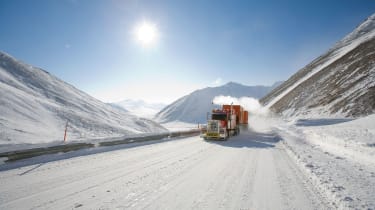 In the UK, we tend to view snow as somewhat of a novelty - we rarely have enough in the winter months to worry us for more than a week or two. Don't get too complacent with our weather reports, though, because it's not the same for many drivers across the world, who battle with blizzards and shifting ice sheets on a daily basis, sometimes for a big part of the year.

We've rounded up five of the world's coldest roads in this list. Some of them are notorious for extreme weather - others for challenging driving conditions, while some are barely roads at all. 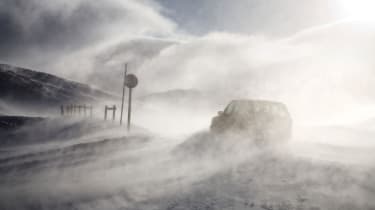 The Cairnwell Pass sits on the A93 between Glenshee in Perthshire and Braemar, Aberdeenshire. It's the highest main road in the UK and isn't one to tackle lightly, especially in the winter months.

Originally built in the 1750s, the Cairnwell Pass was once a drover's path allowing livestock to be herded to market, but now it just leads to the Glenshee Ski Centre.

At its summit, it’s 670m above sea level, and as a result this stretch of tarmac is often blocked by snow in the winter. The notorious Devil’s Elbow hairpin bend, with its one in six gradient, often added to the Cairnwell’s testing reputation in the past, although today a modern road bypasses this challenging switchback. Still, winter roads in the UK don’t get a lot more testing than this. 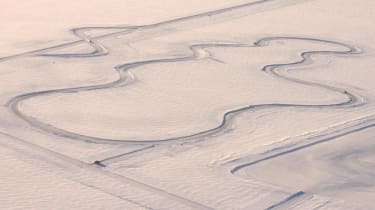 Harsh winter conditions aren't necessarily a bad thing. The Swedish town of Arjeplog has turned it into a living, as every winter the population swells with test drivers and engineers, who come to test their cars in the cold conditions.

Located just south of the Arctic Circle, the town is nestled next to Lake Hornavan – Sweden’s longest and deepest lake. With winter temperatures of around -20 degrees Celsius, this expanse of water freezes solid and is transformed into a vast proving ground, which car and tyre manufacturers use for testing. A host of the spy pictures you see in Auto Express each winter come from this region, and with lots of manufacturers and private companies running winter driving schools in Arjeplog, you can even try it for yourself. 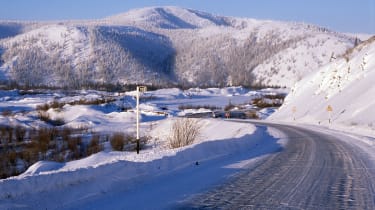 Fearsome winter roads don’t get much tougher than the Kolyma Highway. It’s built on permafrost and is often referred to as the coldest road in the world. Linking the towns of Magadan and Nizhny Bestyakh in the far east of Russia, it’s just 100km from Oymyakon – famed as the coldest inhabited place on earth – where temperatures reach -50 degrees Celsius. There’s an even darker side to this road, too. It was built in the Stalinist era by forced labourers, and locals call it the “road of bones” as the workers who died constructing it were buried under the road itself. 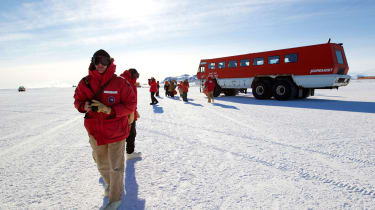 Unless you're a scientist or in the military, there's very little chance you'll ever drive on this epic winter road. The 995-mile long snow road from the US's McMurdo Station at the tip of Ross Island to the Amundsen-Scott South Pole Station was constructed by flattening snow and filling crevasses.

It was built to allow the delivery of equipment and supplies to the South Pole station when poor weather limits aircraft movements. The journey in specially modified Caterpillar tractors towing cargo sleds takes 40 days. As it makes its way across the ice shelf, the snow road rises to more than 2,000m above sea level, and as you'd expect, it needs maintenance every year due to the movement of the ice sheets.

The Dalton Highway is a 414-mile stretch of road that runs from just north of the Alaskan town of Fairbanks north towards the Arctic Ocean. It's been made famous by the Ice Road Truckers television series and was built in 1974 to support the Trans-Alaska oil pipeline.

There are just three towns along its remote and rugged route, yet in the winter the demands of the oil industry mean up to 250 trucks a day make their way along this treacherous stretch of road. It's famed for high winds and blizzards, and in the winter months temperatures can drop close to -32 degrees Celsius, which combine with the high volume of haulage traffic to make this a winter road to fear. Still, it clearly makes for good television. 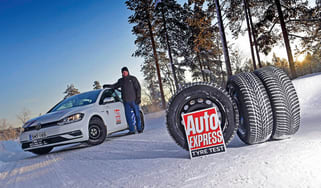