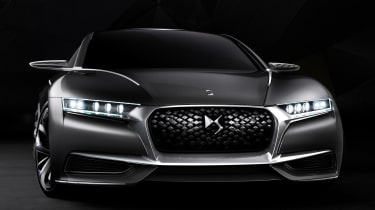 Future DS models will be developed for sale across all of the French manufacturer’s target markets, with an expanded, six-strong range also planned.

Speaking at the DS Divine concept unveil in Paris, DS bosses confirmed an end to distinct line-ups tailored for specific markets, meaning no more China-only variants like the DS 5LS and DS 6WR.

While there’s currently no fixed timeline for this process, the new approach underlines recently-announced plans to slowly distance DS from Citroen in Europe as well as Asia, in a bid to established the premium arm as a fully functioning brand in its own right.

“Our ambition with the DS brand is to generate growth for the group, so we have two directions for growth,” confirmed DS CEO Yves Bonnefont. “One is to develop our product range, so today in Europe we have three cars on the market – with the DS3, the DS4 and the DS5 – and our ambition for the mid-term is to double that range.” 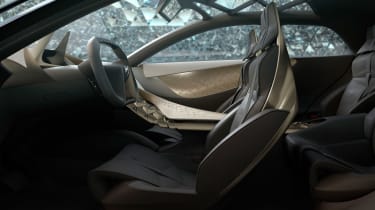 “This will be the same in all the regions because we have taken a global product strategy as a group, so these products in the future will have the attributes on the Divine, the concept we are revealing today.”

The second means for achieving growth is clearly tied up in the Divine itself, which is based on what Bonnefont calls the three “attributes of the brand” – avant garde design, visible technology and refinement. It’s not a pre-production prototype, and doesn’t preview a specific model, but provides an insight into where DS sees itself heading, with styling cues and tech expected to filter down to showroom cars over the next decade.

Such a range looks set to include a new large sedan, and could also extend to an SUV, although there are currently no plans to develop a model to sit below the DS3.

As far as expansion goes here in the UK, for the foreseeable future at least DS will maintain its close ties with Citroen. “We want to continue using the strength of the Citroen network,” explained Bonnefont. Alongside the continuation of the current shop-in-shop arrangement, the luxury sub-brand’s global development strategy will apparently see 200 cities around the world targeted – a move designed to maximise sales.

Whether America plays host to any of these outposts remains to be seen. It’s “not on the agenda for today,” concluded Bonnefont, who hinted that the PSA Group‘s new ‘Back in the Race’ initiative will focus on improving DS, Citroen and Peugeot sales within already occupied markets, before looking to expand further afield. ​​

Get the full story on the new Devine DS concept here