With a new look and new engines, the DS 3 is aiming high as it meets posh small car rivals from MINI and Audi 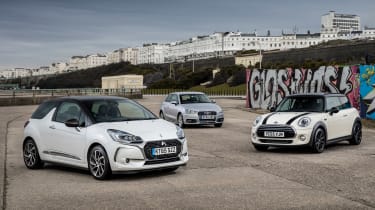 Ever since BMW’s all-new MINI landed in showrooms at the start of the 21st century, makers have been battling to produce the most upmarket supermini of them all. Citroen joined the party in 2010 with the DS 3, and now that the DS models have been packaged into a separate premium brand, the smallest car in the range has been given a makeover to keep it at the front of the pack.

The updated DS 3 has a new nose, a revised engine range and a more upmarket cabin, but is this enough, especially in the face of the latest MINI, our Car of the Year in 2014? 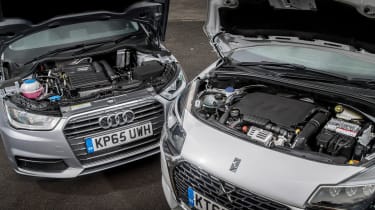 To find out, we’ve lined up a DS 3 Prestige, powered by the firm’s 1.2-litre three-cylinder turbo engine, which has been reworked to produce 128bhp. That’s a little behind the 134bhp MINI Cooper, but with a similar price tag and a range of personalisation options to match, it will be an interesting battle.

Of course, no premium supermini fight would be complete without the Audi A1, so we’ve invited the 1.4 TFSI S line model along to give the new DS 3 an even tougher match. It’s unique in this test because it’s powered by a four-cylinder engine; does that give it an advantage over its three-cylinder rivals?

All three cars have a bewildering range of styling options. The new DS 3 offers metallic paint with a choice of contrast roof colours for prices between £250 and £980, while roof graphics can be added for £250. You can upgrade lower-spec models with big alloys for £200-£400, or change the wheels on a Prestige model for no cost. 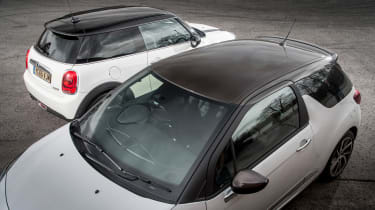 In the race to downsize, the DS 3 and MINI feature three-cylinder turbos, while the A1 comes with a regular four-cylinder engine. Surprisingly, the MINI was quieter and more refined than the Audi, with less vibration and engine noise across the rev range. 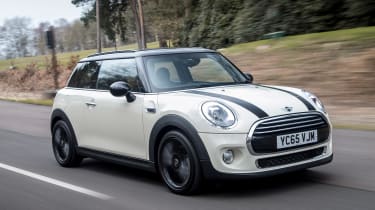 It’s a previous Auto Express Car of the Year, and the MINI has come out on top again. The three-door looks just right when compared to the other MINI bodystyles, while the Cooper is arguably the sweet spot in the range. It delivers fantastic handling, great performance and excellent economy, and you can spec one up with a decent amount of kit and still undercut the DS on price. 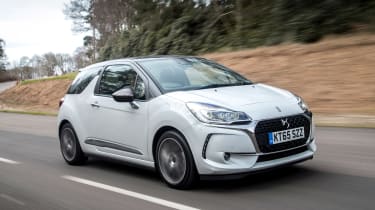 There’s been enough of an update for the DS 3 to remain competitive with the MINI, and the revised range has an upmarket feel with plenty of personalisation on offer. The engine is punchy and refined, while cabin space in the back is the best here. The car sacrifices handling for comfort, although it’s not far enough ahead of the MINI to deliver a knock-out blow. 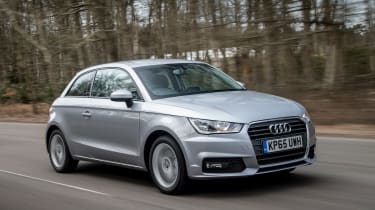 It’s still a desirable and upmarket supermini, but the gap between the A1 and its rivals has grown a little. While the cabin is well built, it looks dated when compared to newer Audis, plus the 1.4 TFSI engine isn’t as refined, powerful or efficient as its opponents’. Still, rock-solid residuals appeal, and it’s an understated choice for buyers wanting a subtle, upmarket supermini. 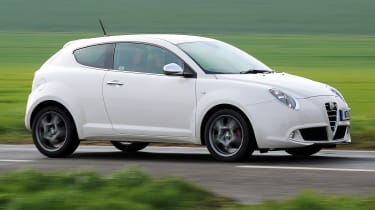 Want some Italian flair from your supermini? The MiTo is getting on a bit, but the QV Line has a sporty edge, while the 1.4 MultiAir engine with a twin-clutch gearbox claims 0-62mph in 8.1 seconds. It emits 124g/km, though. 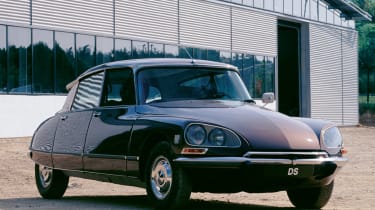 Classic car prices are going through the roof, but with a bit of hunting you could get the keys to a genuine Citroen DS for the same price as the DS 3. A late fuel-injected model is just within reach; but put plenty aside for running costs.