One of six 458-based Ferrari Sergios is due to go across the block at RM Sotheby’s Monaco sale in May. 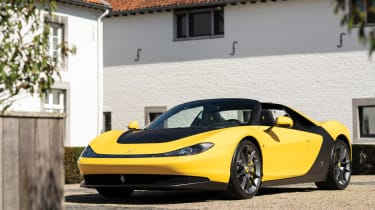 Concieved as a tribute to the head of the Pininfarina design house and son of its founder when he died in 2012, the Ferrari Sergio is a limited run special edition supercar. Now, the chance to own one of the 6 Sergios in existence is at hand, because one of the cars is heading to auction with just 200km on the clock and a predictable eye-popping price tag.

The Sergio was based on the 458 Spider but used the uprated version of the 4.5-litre V8 from the 458 Speciale, with 597bhp. As a result, it stands as the most powerful naturally-aspirated V8 Ferrari ever made, and the turn to turbocharging with the 488 GTB means it’s a record that may never be beaten.

This is the first Sergio ever to go to auction and it’s expected to fetch the best part of £3million at the RM Sotheby’s Monaco sale. This particular example appears to have been built for, Aluko Kolawole, a Nigerian oil magnate, who at the time would have spent roughly $3 million (£2m today) on the car from the factory. It was this car that Ferrari used to unveil the Sergio to the world at the 2015 Geneva Motor Show and its appreciation of almost £1million since then reflects the rarity, heritage and importance of this particular vehicle. 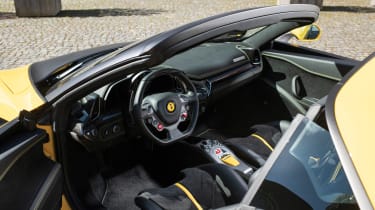 The RM Sotheby’s Monaco sale has plenty more surprises in store, too. A handful of some of the most sought after classics and ‘modern classics’ will be going across the block alongside the Sergio. A 2011 599 GTO from Ferrari’s ‘Tailor Made’ division is expected to fetch a hefty price tag. This is the only Ferrari to have ever left Maranello in this particular configuration and at the time was the most expensive ‘Tailor Made’ Ferrari ever to leave the factory at 600,000 Swiss Francs.

Joining the Sergio and GTO, is a 1957 Ferrari 250 GT Coupé. One of 74 ‘low roof’ Boano coupés produced and equipped with original engine unit and Ferrari Classiche certified. 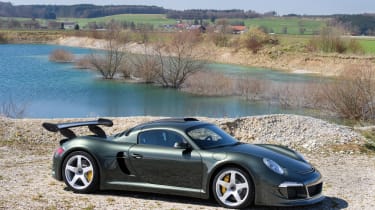 The final featured lot is 2018 RUF CTR3 Clubsport. Produced by renowned Porsche customizer, Alois Ruf, this car is more Porsche-inspired than Porsche-based. With a 3.8 litre flat six, 691bhp and top speed of 236mph, big things are  expected for this RUF designed car when the hammer falls in Monaco.

Now take a look at the most expensive cars ever sold at auction...