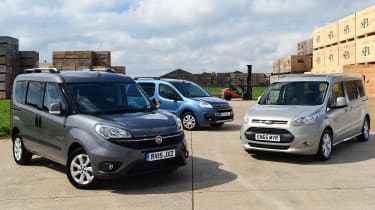 If you want to maximise the amount of space per pound you get from a car, then you can’t do much better than a van-based MPV. Their commercial vehicle roots give you a large, square load area to play with, and sliding side doors boost access in tight spots.

One staple of the sector is the Fiat Doblo, and the second-generation model has recently been revamped with a new look, different engines and revised suspension. But the Doblo has plenty of tough competition in the class, and we’ve lined up a pair of accomplished rivals here to give it a run for its money.

The Ford Tourneo Connect has also been the subject of an update, with the old 1.6 TDCi diesel being replaced by a new 1.5 TDCi that the brand claims is more efficient without sacrificing performance.

Our second opponent is the Citroen Berlingo. Even in this cost-conscious market, the Berlingo is a great-value choice. But it’s been on sale for a while now, so can it still cut it against newer rivals?

As these MPVs are available in a variety of styles and configurations, we’re looking at the overall ranges to see which model delivers the best mix of practicality, value and car-like driving ability. 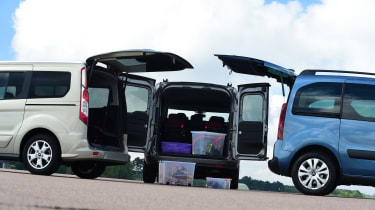 All three cars have top-hinged back doors, while the Citroen’s tailgate glass opens to boost access in tight spots. The Fiat can be had with side-hinged doors for £115. They open to 90 degrees normally, but can be unlatched to 180 degrees to boost access. The offset split obscures rear visibility, though.

There’s no avoiding the fact that these cars are essentially vans with windows. At least the Tourneo embraces its van roots, as it has two-part door mirrors with wide-angle glass to boost visibility. The Doblo’s restricted rear view means it could really do with a set. 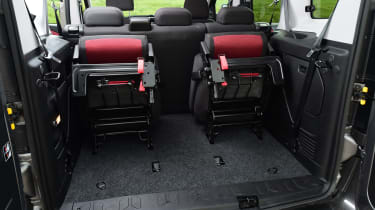 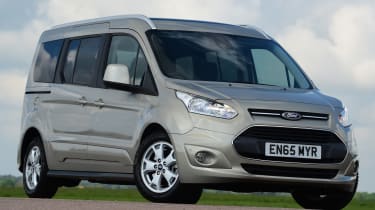 The Tourneo demands fewer compromises than its van-based MPV rivals, and it’s the only car in the class that doesn’t feel like a van to drive. The new 1.5 TDCi is a good performer, yet it might struggle with a full load in seven-seat Grand Tourneo guise. Go for the standard wheelbase in Titanium trim, and it’s a practical, user-friendly car with smart seating and an upmarket feel. 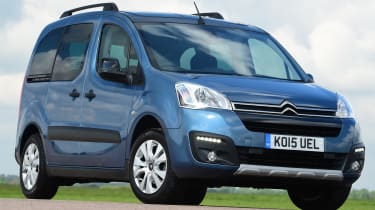 It’s getting on, but the Berlingo’s mix of space, practicality and efficiency puts it ahead of the Fiat. The top-spec XTR model offers great value and decent performance with the 118bhp engine, although we’d recommend trying a seven-seat version for size before committing. A better option would be to stick with five seats and add the Modutop cabin storage system. 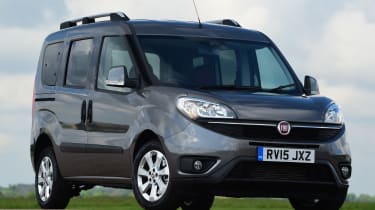 The updated Doblo offers lots of space and a few neat storage touches, but it’s not enough for it to make an impact here. The diesel engines aren’t particularly efficient, even with stop/start, and while access to the back seats is better than in the Citroen, it’s well behind the Ford. Add in pricing onpar with its rivals and an average driving experience, and it comes third. 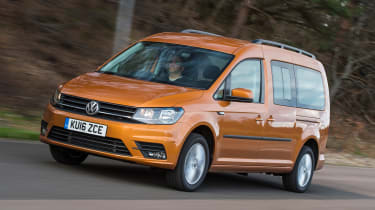 It’s pricier than our test cars (a top-spec Maxi Life 2.0 TDI 150 DSG is nearly £27k), but the new Caddy offers a car-like drive. It looks more like a van than the Ford, yet that means you get a vast load area.

For the price of the five-seat Tourneo Connect, you could bag a two-year-old top-spec Ford Galaxy. At this price, you’ll avoid high-mile ex-taxis, and kit includes nav, leather and climate control.