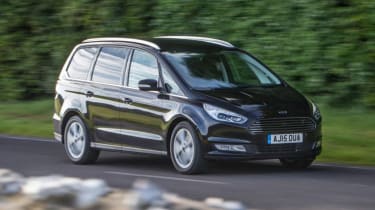 For a car with such a gargantuan interior, fuel economy and CO2 emissions figures for the Ford Galaxy are reasonable, although they still can’t match the Citroen Grand C4 SpaceTourer's class-leading figures, especially now that the Glaxy has been tested under the new WLTP test procedure. It's worth noting that while the official figures for the Galaxy are poorer than before, they will be more readily achievable in real-world driving.

The 119bhp 2.0 TDCi Galaxy has a manual gearbox as standard and has quoted economy of 52.3mpg and emissions of 135g/km. However, that's the same MPG figure quoted for the TDCi 150 motor, while emissions are slightly lower, at 134g/km. That figure is the same whether you choose Zetec or Titanium trims. 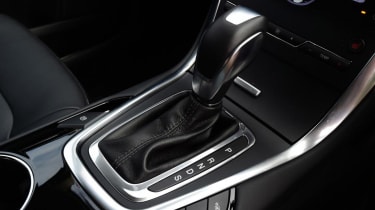 The 1.5 EcoBoost petrol engine is only really worth considering if you cover relatively few miles. It has quoted economy of 38.2mpg and emissions of 168g/km. If you use the Galaxy for regular trips fully loaded, then you're unlikely to get anywhere near the quoted MPG in regular driving.

Choose one of the highest spec Galaxy models, and you're looking at a list price in excess of £40,000, which means buyers will be paying the premium car road tax surcharge for the first five years of paying it.

Insurance groups start at 17 for the entry-level 119bhp TDCi diesel and are either 20 or 21 for the 148bhp version depending on the trim level. The 187bhp diesels are in group 24 and the top-end version is in group 28. The Ecoboost petrols are in group 19 and 20, depending on which trim you choose.

The Citroen Grand C4 SpaceTourer is cheaper to insure, as groups start at 13 and top out at 25, comparable to the Volkswagen Sharan (which spans groups 15 to 23).

Ford’s residual values tend to be rather middle of the road when compared to rivals such as Volkswagen, which generally has very strong resale values. However, go for a good mid-level diesel model and the Galaxy is likely to hold onto its money comparably well. It’s also probably a safer bet than the rival Grand C4 SpaceTourer in this regard, as Citroens tend to depreciate quite heavily. Either way, a seven-seat SUV will have better residuals.