Ford’s Mustang has finally hit the UK, but can it make an impact against a British favourite – the Jaguar F-Type? 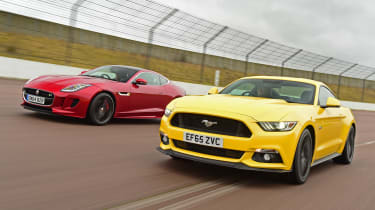 After nearly 52 years, the Ford Mustang has finally arrived in the UK as the brand’s halo sports car. It’s an integral part of the One Ford strategy that sees the same models sold globally, and there’s probably no better way to fly the flag than with a vehicle that’s world famous.

But there’s more to the latest Mustang than a historic back catalogue. This is the sixth-generation model, and it features plenty of modern running gear and electronics under the skin to make it competitive. For its first test, we’ve lined up a GT Fastback with a traditional 5.0-litre V8 under the bonnet. With a sub-£35k price tag, it’s the cheapest V8-powered car on sale in the UK. So, it got us thinking: does it deliver bargain performance that can give more expensive rivals a hard time?

To find out, we’ve pitched it against the Jaguar F-Type R, which is nearly twice as expensive as the Ford and has a similarly rich history. Which car will prevail? 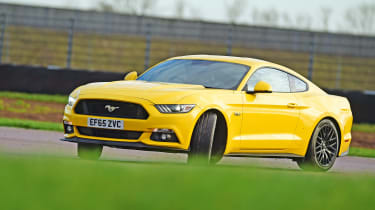 The Mustang features four-stage traction control, with Race mode designed to allow the car to slide before the electronics cut in. You can turn the system off completely, too, while launch control is also included.

The only F-Type with launch control is the V6, but Dynamic traction control setting on the V8 model boosts its responses.

Ford’s Mustang has been in constant production for over 50 years, although the seventies and eighties versions weren’t the best sports cars. After years of rumours and speculation, the F-Type finally arrived in 2013 – some 52 years after its spiritual ancestor, the E-Type, appeared. 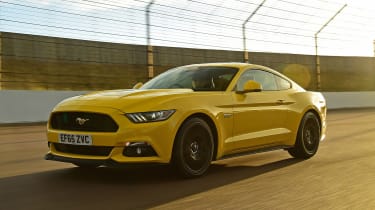 The new Mustang represents a return to form for Ford. It may feature some cheap interior parts and be expensive to run, but the newcomer’s price tag, looks and sheer charisma mean you quickly forget these issues. Add in a great chassis that meant it held its own against a far more expensive rival, and it’s a genuine performance car bargain. 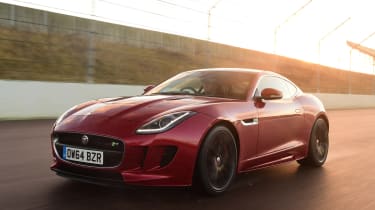 It’s a bit harsh to place the F-Type second in this test, because these two cars are aiming at different markets. In terms of performance, they’re surprisingly close, yet the Jaguar’s supercharged V8 gives it a savage edge that the Mustang can’t quite match. First-class build quality and the F-Type’s catwalk looks mean it still holds plenty of appeal, too. 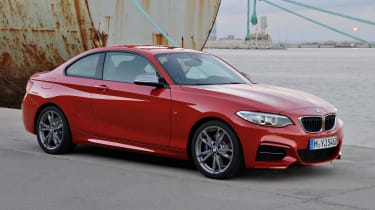 It’s smaller than the Mustang, but the BMW M235i still has a practical body, while the combination of an agile rear-drive chassis and straight-six turbo power means it delivers plenty of thrills. It has the edge on cabin quality as well. 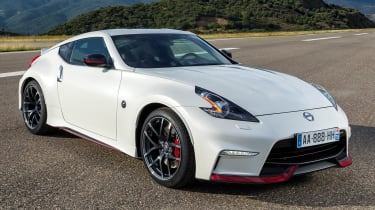