Genesis set to arrive in Europe with the facelifted G70 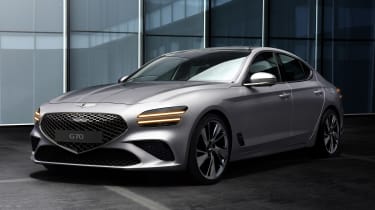 Korean luxury brand Genesis is set to arrive in Europe next year and this newly facelifted G70 model, just revealed in Korea, gives us a taste of what to expect.

Genesis – a sister brand to Hyundai and Kia - is busy setting up a European HQ with a team in Germany, pointing at sales starting in the UK and Europe in 2021. Genesis models have also been spotted testing in Europe, so we’d expect the cars to be specifically tuned for the European market with input from Hyundai Group Head of R&D and former BMW man Albert Biermann.

The G70 is the brand’s BMW 3 Series rival, sharing its platform and engines with the Kia Stinger. That means 2.0 four-cylinder and 3.3-litre V6 petrol engines, plus a 2.2-litre diesel, with four-wheel drive available, too. An estate version is rumoured to be joining the G70 line-up to boost its European appeal as well. 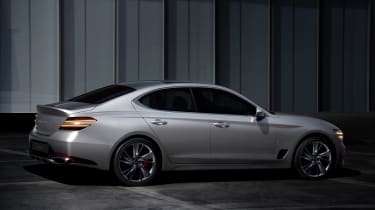 The latest updates bring the G70 – originally launched in 2017 – up to date with the brand’s Athletic Elegance design philosophy, while there are also substantial tech upgrades including a new 10.25-inch touchscreen and over-the-air wireless updates.

The current Genesis line-up comprises the G70, G80 and G90 saloons and the GV80 large SUV. Further models are expected for the Genesis assault on Europe, potentially including electric cars sitting on the Hyundai Group E-GMP (Electric Global Modular Platform).

Hyundai has just announced three new EV models as part of its all-electric Ioniq sub-brand and we’d expect Genesis to follow suit with upmarket versions of those cars.

There’s no word yet on how Genesis models would be sold in the UK, but expect a separate approach to Hyundai and Kia with its own network of Genesis retailers.

Click here to read about the Mercedes E-Class-rivalling Genesis G80... 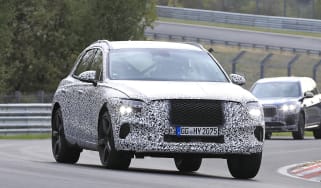