The tenth-generation Honda Civic due in 2017 will feature brand new 1.0 and 1.5-litre VTEC turbo engines and we’ve tried them 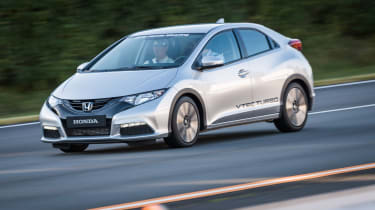 Honda has announced the all-new, tenth-generation Civic will be launched with two new direct injection VTEC turbo engines when it arrives in 2017. A 1.5-litre four-cylinder and 1.0-litre three-cylinder will both join the range and replace the current naturally aspirated 1.8-litre engine. 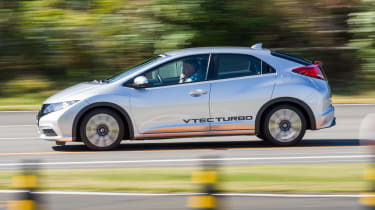 The arrival of the new 1.0-litre turbo will give Honda a direct rival to Ford’s three-cylinder EcoBoost used in the Focus. Power output is rated at 127bhp and 200Nm of torque, with Honda aiming for a 20 per cent improvement in efficiency over the 1.8-litre engine – targets of upwards of 56mpg and CO2 emissions below 100g/km have been set.

Honda is also confident that despite the downsizing, the 1.0-litre engine will provide similar levels of performance as the current 1.8 while lowering running costs at the same time.

Auto Express was granted access to a prototype ahead of the Tokyo Motor Show. The engine fires into life with same enthusiasm as any three-cylinder turbo, followed by the trademark thrum from under the bonnet. There’s sufficient in-gear shove and high-speed refinement is very impressive with barely a whisper raised from the engine. 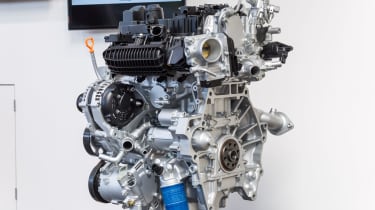 In a relatively spacious family hatchback, the engine could feel a little overwhelmed once the car is fully loaded. However, the engines are still under development so there is every possibility more power could be extracted.

The 1.5-litre VTEC also showed promise, developing a more potent 201bhp and 260Nm of torque. It’s smooth, builds speed quickly and remains hushed at speed. One downside is that the engine we tested came paired with CVT automatic gearbox, which blunted performance. A six-speed manual has been promised when the engine arrives in the new Civic, however.

Five-door versions of the new Civic will be built exclusively at Honda’s facility in Swindon, where £190 million has been invested in new product technologies to prepare for the new model.

Read our review of the new Honda NSX supercar here...