Hyundai i10 review - Reliability and Safety

Hyundais are generally reliable, and backed by a generous warranty. But the i10 only has a four-star Euro NCAP rating

How good is the i10 as an ownership prospect? Well, it finished an incredible third in the Auto Express Driver Power 2015 satisfaction survey, beating some prestigious and much more expensive cars in the process. It dropped down in our 2017 survey thanks to an influx of newer models, but owners still had high praise for the i10.

Reliability doesn’t seem to be an issue, according to our survey, and respondents report build quality is generally excellent. Unfortunately Hyundai’s performance in our Driver Power satisfaction survey has taken a turn for the worse in recent years. From finishing sixth in 2010, the brand slumped to 30th in 2017. Its dealer display was only marginally better, with owners placing the network 23rd out of 30. 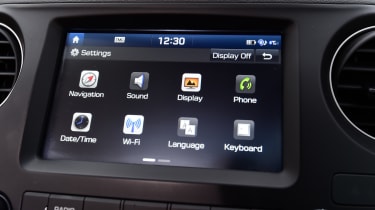 The only thing that perhaps lets the i10 down is its Euro NCAP crash test record. The car scored four out of the maximum five stars when it was assessed as part of the independent programme – although this wasn’t because the body structure or airbags aren’t up to standard. Instead, it was marked down in the Safety Assist category, which basically means you don’t get all of the available electronic safety aids as standard.

For a reasonable £275, Hyundai offers a Driver Assist Pack, which features lane departure and forward collision. It’s available as an option on the SE, Premium and Premium SE models.

It would be cruel to refer to any Hyundai as a warranty on wheels, but there’s little doubt that the five-year/unlimited-mileage warranty is a major draw not only to new buyers, but those shopping on second-hand forecourts. Just remember that there are terms and conditions to the warranty, which you must hit if it’s not to default.