The Jaguar F-Pace has already won our Car of the Year title, but does the hot S model have the edge over the Porsche Macan S Diesel? 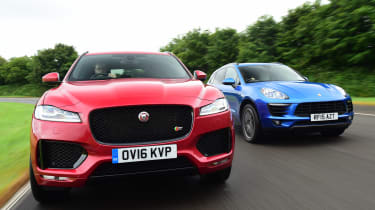 Jaguar’s striking new F-Pace SUV has already claimed the scalps of BMW’s X3 and the Land Rover Discovery Sport, which helped it secure the coveted Auto Express Car of the Year title for 2016.

We've already tested the 2.0d, but the hot S model, with a 3.0-litre V6 turbodiesel, elevates it into the big league. This means it has to face arguably the toughest premium SUV around: the Porsche Macan S Diesel. 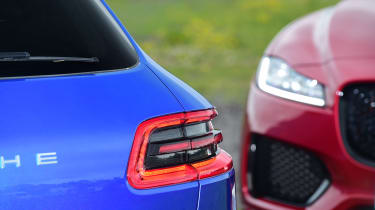 In the red corner, the Jaguar has arrived with more space and power. But in the blue corner, the Macan will have more premium appeal to some, due to that Porsche badge, plus it’s cheaper. To be great SUVs, both need to balance practicality and efficiency with performance and handling, offering lots of comfort when you want it and an entertaining chassis for quieter roads.

Style is important, too, but while that’s a personal thing, at this price quality could be decisive. Both cars’ sporty image is obvious, but which better carries off the balancing act SUVs like these need to achieve?

The Jaguar F-Pace has already won our Car of the Year title, but does the hot S model have the edge over the Porsche Macan S Diesel? aex.ae/29KB4Yc

Upmarket SUVs like these are all about image, and interesting design details set both our cars above lesser rivals. The Macan has its trademark cut-out tail-lamps and swooping bonnet. The F-Pace gets Jag’s narrow light units, giving an aggressive scowl against its broad shoulders.

These cars can live up to their status as off-roaders. The Macan gets an off-road mode that raises the air-suspension’s ride height, while hill descent control keeps the car in check on steep slopes. Meanwhile the Jag has All Surface Progress Control and Adaptive Surface Response, which maximises available grip.

Newer Macans get an upgraded multimedia system over our test car’s, offering pinch and swipe gestures like the Jag’s, and Apple CarPlay. There isn’t much to split the cars here, although the Jag does offer sat-nav as standard. 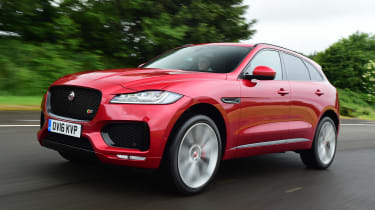 The F-Pace claims victory, on account of its sheer breadth of ability. It’s not as sharp to drive as the Macan, but these are road cars so its balance of agility, superior ride comfort and real-world performance is hard to overlook. Add to that practicality to rival larger SUVs and more standard kit than the Macan, and the stylish Jag convincingly shows why it’s our Car of the Year. 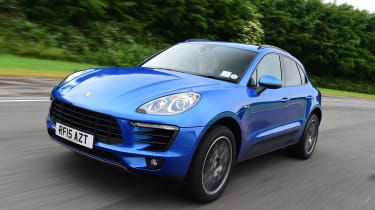 Make no mistake, the Macan is still a brilliant SUV. It’s not as versatile as the Jaguar, but its precise handling makes it more engaging to drive; it’s just let down here by its firmer ride. Still, it’s about the best value Porsche you can buy, feels every inch a premium product and will hold its money really well, so combined with decent efficiency, it’s still an incredibly talented 4x4. 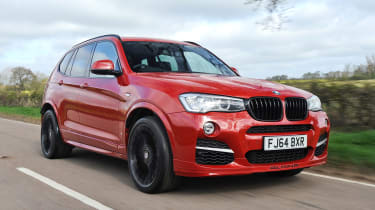 Alpina’s XD3 is an exclusive, left-field alternative to our pairing, with even stronger pace. It’s fast with massive in-gear shove, but while the big wheels give it an individual look, they unsettle the body, so it isn’t as comfortable as the Jag. 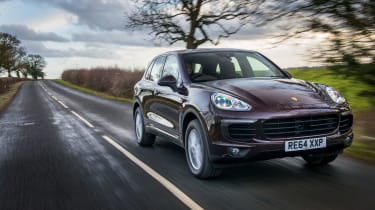 If you want practicality to match the F-Pace, but prefer the Porsche badge, a used Cayenne fits the bill. For around £50,000 you can get an even hotter 380bhp S Diesel model with only 17,000 miles, so it should still feel fresh.