All-diesel line-up isn't the most efficient, but V6 motor is most economical unit offered in the XJ 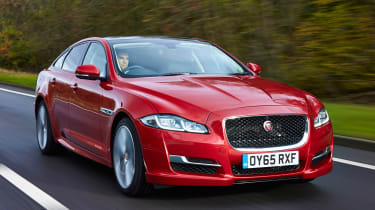 Being a large luxury car, the Jaguar XJ is far from easy on the bank account. With the switch from NEDC to WLTP fuel economy testing, Jaguar dropped all the petrol engines from the XJ range, so your sole option is the 296bhp 3.0 TDV6 diesel if you're buying a new XJ. The standard stop/start system helps it to return up to 37.9mpg on the WLTP test cycle, down from 49.6mpg before.

However, it's worth noting that these figures only show the difference between the two test cycles, and actually means you're more likely to achieve the WLTP figure in real-world driving. All cars get a 77-litre fuel tank, so if you do get close, then you can expect a driving range of around 640 miles.

Emissions are rated from 184g/km, which aren't great and will impact Benefit In Kind costs for company car users. It's also worth noting that choosing the long wheelbase impacts economy and emissions, and so will switching from 19 to 20-inch wheels on the options list.

Given these figures, it's no surprise that the petrol XJs fell off the price lists. As an example, the extreme Jaguar XJR 575 delivered figures of 25.5mpg and 264g/km on the older NEDC test cycle, and that favours extremely light use of the throttle. 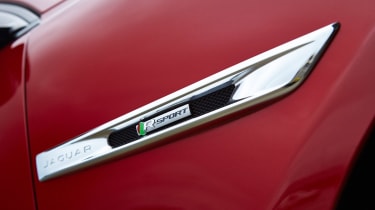 Material quality in the XJ is first class, and the detailing is exquisite – just check out those huge metal air vents on the fascia. The equipment levels inside the Jaguar XJ is generous, with leather-trimmed, electrically adjustable front seats, dual-zone climate control and twin glass sunroofs all as standard.

Options include a powerful Meridian stereo, massage seats and a rear-seat multimedia package with eight-inch LCD screens and wireless headphones.

The XJ sits in just one insurance band – group 50 – regardless of engine size or trim level. It's broadly the same as its rivals like the Mercedes S-Class, though.

Unfortunately, while the XJ is desirable when new, it's a different story on the used market. Our experts have calculated that the XJ holds on to between 32-35 per cent of its value after three years/36,000 miles. To put that into context, the Mercedes S-Class is a little better with our experts calculating the big Merc holds on to between 38 and 46 per cent.