Think of a Lexus, and a luxury limousine, glamorous SUV or hi-tech hybrid will no doubt spring to mind. But over the past 25 years, the brand has delivered one or two high-performance heroes, too – and here we test its latest addition, the GS F.

Based on the staid and sensible GS executive saloon, the newcomer features a thumping 471bhp 5.0-litre V8 engine, as well as a traditional rear-wheel-drive layout for maximum driving thrills. 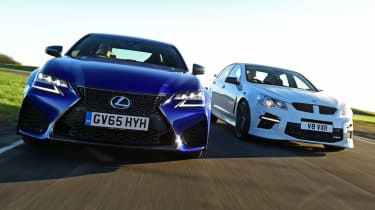 Yet this is no old-fashioned muscle car, as it also has a clever electronically controlled differential, an eight-speed transmission and an interior that combines cutting-edge design with unrivalled quality. Better still, at £69,995, the GS F undercuts rivals such as the BMW M5 and Mercedes-AMG E 63. Yet it’s not the best-value supersaloon – that honour goes to the Vauxhall VXR8 GTS, at just £57,200 when fitted with an automatic gearbox.

Essentially a rebadged Commodore HSV from Australian firm Holden, the supercharged VXR8 packs a 6.2-litre V8 with 577bhp. We hit the road to find out which of our hard-hitting duo wins this heavyweight encounter.

Both our contenders use V8 engines, but that’s where the similarities end. The Lexus features a high-revving naturally aspirated V8 that can trace its roots back to the IS F saloon of 2008. By contrast, the VXR8 is powered by a supercharged 6.2-litre ‘small block’ LS3 unit that debuted in the 2008 Chevrolet Corvette. 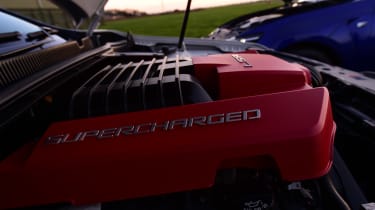 If keeping a close eye on your car’s performance is important, the Vauxhall is ideal. Its Enhanced Driver Interface is one of the best set-ups in the business, as it records everything from lap times to G-force readings. Plus, you can plug in your laptop and download all the data.

The Lexus uses a clever three-stage torque-vectoring differential than can shuffle power across the rear axle to improve agility. Vauxhall has fitted the VXR8 with a traditional limited-slip differential, which boosts traction out of corners. 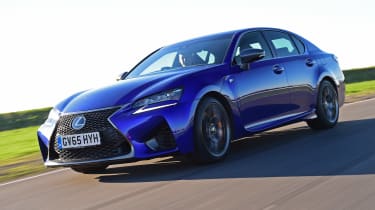 It costs more to buy and isn’t quite as fast as the VXR8, but the GS F is more engaging to drive and easier to live with. It also looks more grown up and boasts an interior that’s leagues ahead in terms of quality, class and kit. And while the V8 engine lacks outright firepower, it sounds glorious. Factor in an award-winning ownership experience, and the Lexus is a high-performance hit. 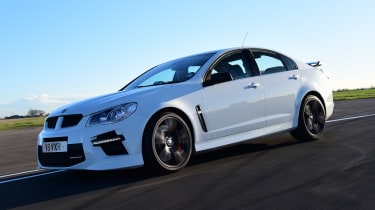 The VXR8 takes some beating for delivering bang for your buck. Its supercharged V8 engine serves up crushing straight-line performance, and for such a big car it feels remarkably composed in corners. Yet the Vauxhall’s aggressive looks won’t be to all tastes, and the interior looks and feels a little low rent compared to the Lexus’.  Still, it’s a hugely likeable car. 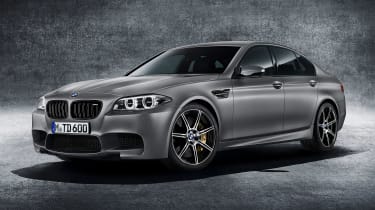 When it debuted 30 years ago, the M5 set the supersaloon template. The latest fifth-generation car has a twin-turbo V8, and blends amazing performance, agility and luxury. It’s just a bit too clinical, and lacks the fun of the Mercedes (below). 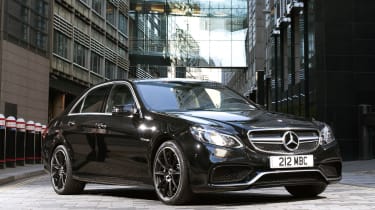 Crushing performance, a bombastic soundtrack and agile handling make the E 63 our favourite fast four-door. An £84,720 S model delivers even more power, plus there’s an Estate for the ultimate in pace and space.