Lexus’ new RX aims to show that a hybrid is the perfect match for an SUV. We test it against petrol-electric Porsche and diesel Volvo 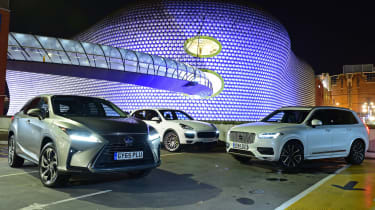 Lexus is a hybrid pioneer. The brand has shunned diesel engines over the years in favour of petrol-electric, and it’s sticking to its guns with its new RX 450h.

The first hybrid RX SUV hit the market 10 years ago, but its all-electric range has never been the best – even the previous-generation car didn’t offer much. That meant carrying around a heavy electric motor and battery pack, which isn’t great for efficiency. But does this new model deliver frugal running costs to match its extensive kit list, and can it cope with the demands of family life?

Hybrid off-roaders have come a long way since the RX arrived, and the Porsche Cayenne S E-Hybrid is the current class champion. It might hit your wallet harder initially, but lower CO2 emissions mean it should be cheaper to run.

However, are you better off buying an upmarket diesel 4x4? Volvo’s top-spec XC90 D5 is loaded with tech in a different way to its hybrid rivals, and is an interesting alternative until the brand’s petrol-electric T8 Twin Engine hybrid hits the roads. 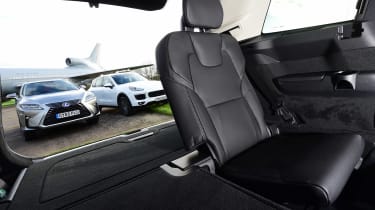 In the modern world, hybrids need to be equipped with plug-in capability. Most UK motorists drive less than 40 miles per day, so if you can charge the Porsche at your place of work or at a train station, for example, you might not need to use any petrol at all – massively improving efficiency. The V6 does provide long-range ability, though.

Our test mpg figures show that when hybrids are out of their comfort zone, they’re not that efficient. Once the battery is empty, it’s effectively ballast, and weight is the enemy of fuel economy. By plugging the Porsche in more often, we’d expect these figures to improve.

Not all buyers need the Volvo’s seven-seat layout, but even if you don’t, it gives you many options. The lack of a battery pack makes for plenty of boot space, but it’s not that much larger than either the Lexus or Porsche’s capacities. 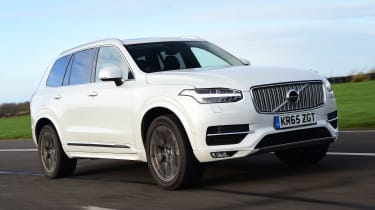 A hybrid drivetrain should reduce a car’s impact on your pocket and the environment, but the cheaper XC90’s more efficient diesel shows that’s not quite the case. While it’ll be pricier for business users, if you’re a private buyer, what you save up front will go a long way at the pumps. It proves that unless your situation is suited to hybrid motoring, diesel could be a more logical choice. 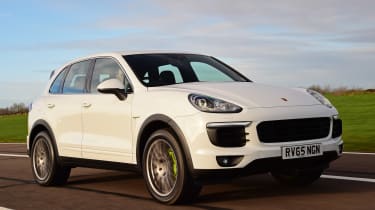 If you’re committed to buying a hybrid, then a regular diesel off-roader won’t match your expectations. However good the XC90 is, the Porsche makes a good case for living with a hybrid, despite its poor test efficiency. It’s a big condition, but if you can use the Cayenne as it’s intended and plug in every day, then its mix of practicality and low business costs will appeal. 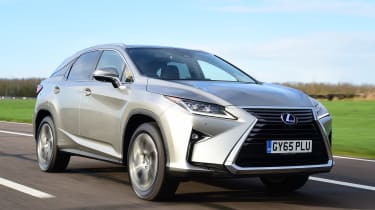 The new RX 450h is an improvement, with more luxury, safety kit and tech at a more affordable price. But the powertrain feels dated compared to the Porsche’s and the lack of plug-in capability hurts efficiency, so it’s no cleaner than many mid-size diesel SUVs. It’s still nicely built, and you get a lot for your money, yet it’s a second-string hybrid compared to the Cayenne. 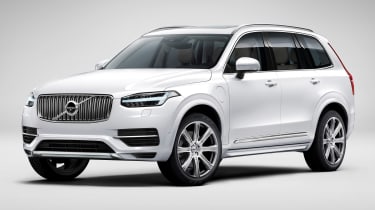 T8 Hybrid version of the XC90, which you can order now, promises to be a great alternative to the Lexus. We already know how impressive its CO2 emissions of 49g/km are, but the 401bhp and 5.6-second 0-62mph time mean it’ll rival the Porsche. 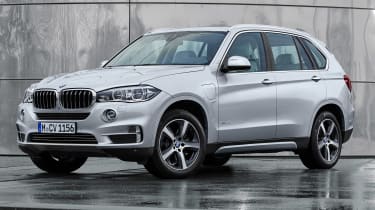 BMW’S effort at a plug-in hybrid off-roader is similar to the Lexus for price, but closer to the Porsche in terms of efficiency. CO2 emissions of 77g/km and plug-in capability mean low tax and an all-electric range of 19 miles.