Unveiled at Geneva, the Mercedes-AMG GLE 53 is the hottest version of the brand's large SUV until the GLE 63 arrives 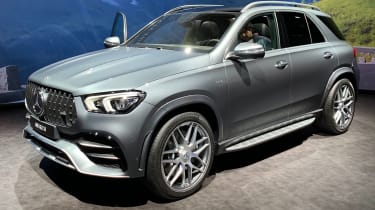 The Mercedes GLE is hotting up, and the first AMG-branded variant to reach showrooms will be the Porsche Cayenne S-rivalling GLE 53.

Unveiled at the Geneva Motor Show, the 53-branded models sit a step below the snarling V8 ‘63’ variants, of which a GLE version will follow in the future. For now, then, the 53 will be the most potent version of the brand’s large SUV.

Under the bonnet, it shares its 3.0-litre twin-turbocharged inline six with the Mercedes-AMG E 53 Saloon and Coupe: that means 429bhp, 520Nm torque, and an electrical boost from a mild hybrid system. 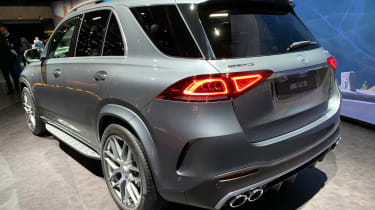 The electrified set-up consists of a 48-volt starter generator (a combined starter motor and alternator), which adds 21bhp and 250Nm of torque - in effect filling in a gap in the torque curve at low revs while the turbos spool up. The result is a more instant response than in conventional turbocharged engines.

Power is sent to all four wheels, resulting in a 0-62mph time of 5.3 seconds - one tenth behind the Cayenne S - and a limited 155mph top speed. If that performance doesn’t offer sufficient drama, an optional Performance exhaust system, which features adjustable exhaust flaps to alter the engine's character at the touch of a button, adds an angrier soundtrack.

The 48-volt system also provides sufficient power for the ‘Active Ride Control’ air suspension set-up. This is combined with a roll stabilisation function, which reduces the effect of body lean during hard cornering, and aids comfort by mitigating the shock of potholes and sharp bumps hit by individual wheels.

Naturally, the GLE 53 gains a more menacing look relative to its conventional GLE counterparts. The AMG family grille, complete with 15 vertical chrome strips, sits on the car’s nose, while beneath it sits a deep, full-width air dam. Seven alloy wheel options are available, ranging from 20 to 22 inches in diameter, while around the back, the rear bumper houses four tailpipes and a diffuser.

Inside, the GLE 53 goes for a black and red theme. The seats are trimmed in a mix of leather and alcantara, while the black finish is highlighted by red stitching, red seat belts and a red 12 o’clock marker on the steering wheel. Carbon fibre trim covers the door inserts and sits in the wide panel which spans the dashboard beneath the two widescreen displays. 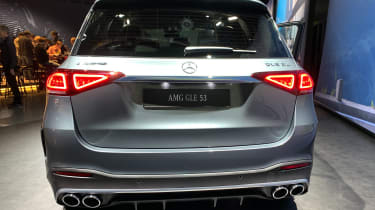 These screens feature Mercedes’s latest MBUX infotainment system, albeit equipped with AMG-specific menus. These include an AMG-specific ‘Supersport’ dial layout, which incorporates a G-meter.

The mild hybrid configuration also brings with it some efficiency benefits. The 48-volt system allows for a faster and near-impreceptable stop/start function, and the ability to ‘glide’ when decelerating. However, performance is the 53’s primary concern, with official efficiency figures rated at 30.4mpg and emissions of 212g/km.

Do you like the look of the new Mercedes-AMG GLE 53? Let us know your thoughts below...

New diesel-electric Mercedes GLE 350 de SUV will be priced from £61,360 and is capable of over 60 miles on electric power alone
Mercedes GLE review 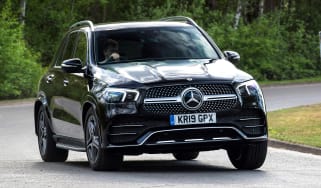 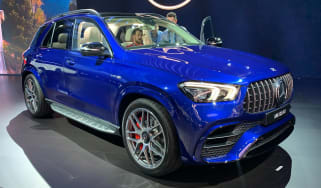 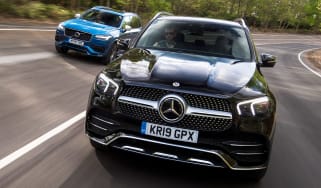 Who needs an MPV when large premium SUVs can carry seven? We pit the refreshed Mercedes GLE against the updated Volvo XC90