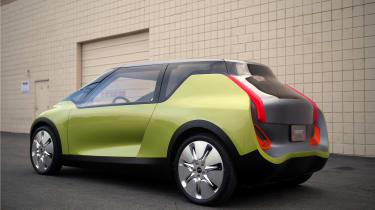 Students at Clemson University in South Carolina have designed a MINI concept called Deep Orange 7, with its design aimed for the car market beyond 2025.

The team of 18 masters students from the Clemson University International Center for Automotive Research (CU-ICAR) began work on the unconventional MINI concept in 2014 in collaboration with ArtCenter College of Design in California.

The seventh-generation of CU-ICAR’s Deep Orange graduate programme features an innovative open design. The front windscreen opens fully and reaches from the hood to the roof, providing the driver with a unique wide-open view ahead. 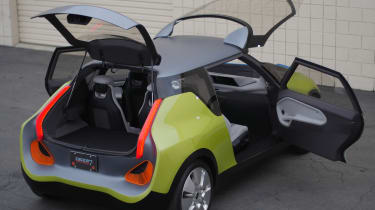 Its design is reminiscent of the vintage BMW Isetta bubble car from the 1950’s that featured an front opening door. It also provides the owner with useful storage underneath the dashboard.

It comes with a range of optional powertrains such as a traditional internal combustion engine, two plug-in hybrid options and a pure battery electric motor. For the hybrid and BEV models, the MINI concept features rocker cooling, which provides cooling elements for the electric motors without the need for conventional radiators, therefore increasing storage space at the front. 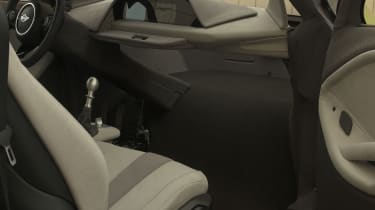 Replacing the instrument dials is a virtual companion called MINI Face that provides relevant information to the driver on an interactive screen.

Clemson University and BMW had previously collaborated on CU-ICAR’s Deep Orange 4 concept based on the X3 SUV that featured design elements from the X4. Deep Orange is the flagship programme of Clemson’s two-year Automotive Engineering master’s degree.

Do you like the look of the MINI Deep Orange 7? Let us know below!