Tough new diesel Mitsubishi Outlander aims to build on success of the hybrid model. We head off-road to test it against Kia’s Sorento 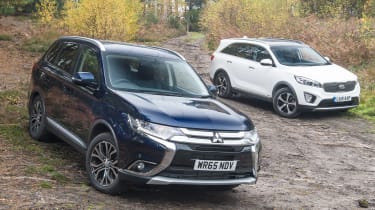 Mitsubishi created a lucrative niche with its Outlander PHEV plug-in hybrid SUV, but what if a petrol plug-in doesn’t fit the bill? The off-roader range has just been updated, so we tested the top-spec GX4 diesel model to see what it offers over its electrically assisted sibling – as well as what it’s like compared to one of its toughest rivals.

If you cover plenty of miles or want a more robust vehicle to tackle some rough terrain, the diesel model will likely suit you better. This market is crowded, though. The Kia Sorento, which received a commendation at our 2015 New Car Awards, is a rugged off-roader that retains the brand’s dependable roots yet continues Kia’s charge upmarket.

As a result, prices have risen, so the KX-3 model tested here is a considerable £4,346 more than the Mitsubishi. But does this translate into a more practical, indulgent seven-seater, or are you better off buying the cheaper model? 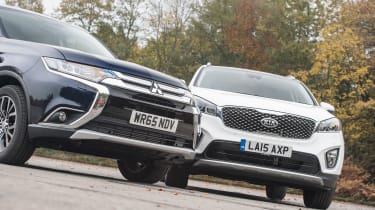 The Kia is the more versatile seven-seater in almost every measurable form here. On top of the details we’ve already mentioned, it features clever sill protectors that open with the doors, so you don’t get muddy trousers when climbing into the car after going off-road. It’s touches like this that edge the Sorento ahead of the Outlander.

While the Mitsubishi is now more tempting thanks to its refreshed looks, it can’t match the Kia for quality. Both cars will appeal to families, but you can fit adults in the rearmost seats in the Sorento, while the Outlander will only take children – and the Kia feels more expensive inside. 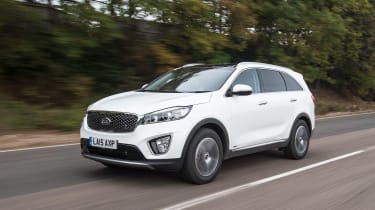 It’s more expensive, but the Sorento will be much cheaper to run than the Outlander. There’s more to this victory than that, though, as the elegant design, practical and premium-feeling interior and strong refinement all add to the Kia’s considerable appeal. Performance is strong as well, while the ride comfort ensures it’ll cope effortlessly with family road trips. 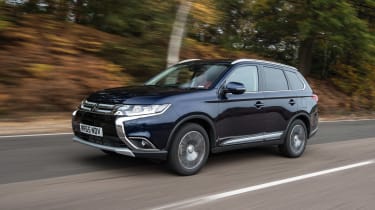 The updated Outlander is clearly an improved package – not least the design. It’s more comfortable as well, but the engine and transmission are still more agricultural than the Kia’s and not as frugal. However, with a cabin packed full of equipment and attractive pricing, the Mitsubishi ticks all the right boxes if you’re after a big SUV on a budget. 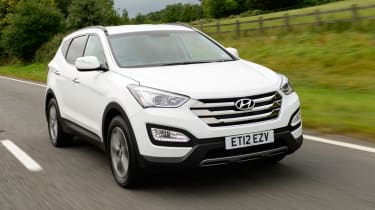 Kia’s sister company Hyundai also offers a seven-seat SUV. The Santa Fe looks smart and has plenty of kit; and as it uses the same powertrain as the Kia, it’s good to drive. Premium trim gets lots of features, but is still attractively priced. 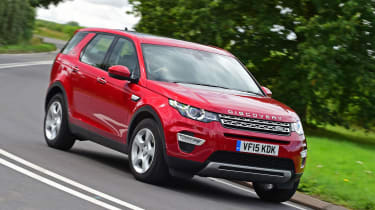 The entry-level Discovery Sport SE falls into the Sorento and Outlander’s price bracket, and with the new Ingenium diesel, the ‘5+2’ seat model is a great buy. It’s our favourite compact SUV, blending quality and off-road ability in a stylish body.