New Peugeot i-Cockpit gives us a peek inside future models 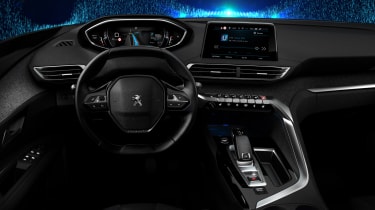 Peugeot has revealed its next-generation dashboard, which will feature in every version of the new 3008, due later this year. The evolution of the i-Cockpit will be used across the brand’s future range, including the next-generation 208 supermini and 308 hatch.

The news follows parent company PSA’s announcement of plans to introduce 26 new global models before 2021, including nine Peugeots – most of which will use this cabin design in one form or another. It showcases a raft of improvements on the i-Cockpit concept, including Peugeot’s version of the VW Group’s Virtual Cockpit digital dials. i-Cockpit originally made its debut on the 208 in 2012, then transferred to the 2008 and 308.

Its distinctive feature – a small steering wheel and dials that sit above rather than behind the wheel – drew criticism from some, who found they couldn’t see past the wheel. Bosses have taken this on board for the new design, changing the shape of the wheel and moving the display higher. 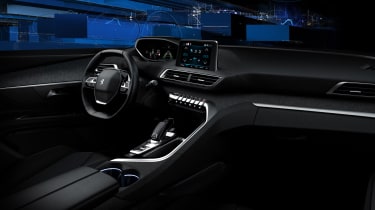 Engineers have also developed a new 12.3-inch high-resolution digital display in place of the harder-to-read analogue dials. It’s fully customisable, so you can choose where the speedo and rev counter sit, as well as whether you want to see sat-nav, media or trip info. Switching menus displays slick animations, while a night mode reduces the information displayed.

Also, a new eight-inch tablet-style touchscreen will sit in the centre of the 3008’s dash. Instead of the current fiddly touch-sensitive buttons, seven physical buttons are lined up on the centre stack to switch between the likes of climate control, radio, driver-assist systems and sat-nav. The latter is now a full 3D set-up showing buildings and landmarks, with pinch to zoom functionality. Apple CarPlay and Android Auto smartphone connectivity are supported, too.

What do you think of the new dashboard layout? Have your say in the comments below!

The Peugeot 3008 is a front-running crossover that offers a spacious, upmarket cabin and plenty of kit
Best SUVs to buy 2020