The Porsche 718 Boxster has received the GTS treatment, but how does the 361bhp drop-top perform on UK roads? 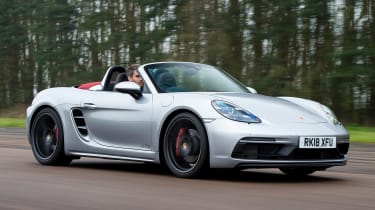 We'd argue the GTS treatment makes more sense in Cayman – or indeed 911 – guise, but the Boxster still is a beautifully communicative sports car. It’s sharp enough to reward even the keenest drivers, without feeling too stiff or brittle on UK roads. It feels just as special as its 911 siblings, and in this spec it turns plenty of heads, too.

The familiar GTS badge has become synonymous with some of the most driver-focused Porsche models in recent years. But while the 911 and Cayman have stolen much of the limelight, is the Boxster GTS a hidden gem?

The firm’s entry-level drop-top isn’t exactly prime candidate for the sportier GTS treatment – but it’s a process that is gradually consuming the entire Porsche model range. We first drove the new roadster in Spain towards the end of last year, but now we’ve got one on UK roads to deliver our definitive verdict.

Like all 718 models, the Boxster GTS now uses a turbocharged four-cylinder engine. Yes, it sounds a bit flat compared to the old car’s sonorous six-cylinder unit, but objectively, this engine is a marvel. It pulls strongly from low revs, and mated to the slick six-speed manual gearbox (a PDK auto is available) it feels flexible and incredibly quick. 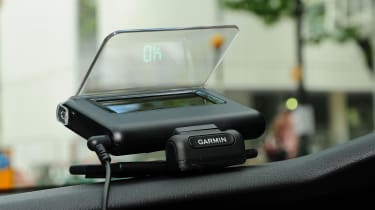 Even on our car’s optional sports suspension and standard 20-inch wheels, the GTS rides well. The Boxster’s open-top design means it feels even more forgiving than the well-judged Cayman, too, with the small amount of added chassis flex helping minimise disruption over broken roads.

While the 718’s firmer suspension settings might make sense on a race track, we found it best leaving the GTS in its standard PASM (Porsche Active Suspension Management) set-up. While not unbearable, the Sports+ mode makes the car fidget more than we’d like; the lesser Sport setting striking a perfect balance of the softer dampers and racier engine mapping. The slick rev-matching tech works well in these parameters, too, allowing smooth, seamless gear changes.

If outright involvement is your top priority, then the Boxster falls just short of the Cayman, but in everyday driving there’s little to separate the two. The steering is super sharp and the precise gearshift has a lovely, direct feel. The controls are heavy and the pedals quite close, but driving a Boxster GTS is a delightfully immersive experience.

Our sopping-wet test route didn’t seem to faze the GTS either, feeling surefooted even through substantial standing water. The sodden roads allowed us to exploit the fine chassis at lower speeds, too – though on dry tarmac there’s loads of grip from the wide Pirelli rubber. 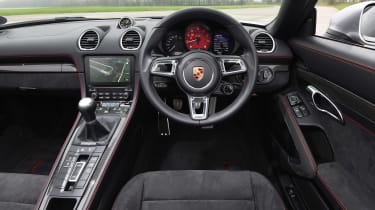 Those used to coupe levels of refinement might take issue with the Boxster’s noisier cabin. That said, even the Cayman GTS suffers noticeable road noise, and its certainly no worse in the convertible car. The canvas roof generates a little more wind noise, however, meaning you’ll notice loud voices and clattery diesel engines more in stop-start traffic.

The flagship Boxster gets all the same kit as its Cayman sibling, however, with GTS badging on the wings, 20-inch satin black wheels and dark tinted lights. Inside, the well-appointed cabin comes covered in leather, with supportive sports seats and a responsive touchscreen. Online navigation is included and Apple users can link their phone via CarPlay.

All this comes at a price, though. Costing a considerable £61,727 before options, the Boxster GTS is almost £2,000 more than the sharper Cayman – and £7,500 more than an Audi TT RS Roadster. You can even get a Jaguar F-Type P340 for less, and that car comes with a delicious V6 soundtrack.